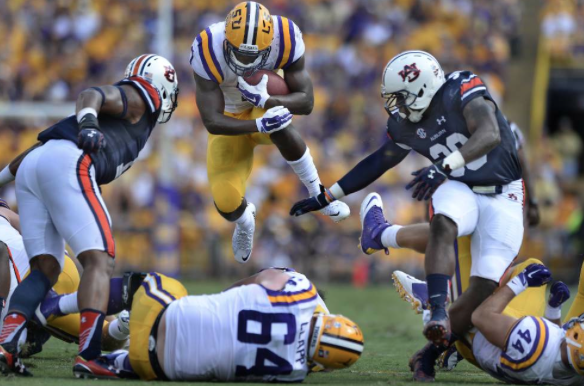 Twitter went nuts today when word came out that LSU will be parting ways with Les Miles. The word is that he will coach this weekend, but that next week he will be fired. It’s surprising in that Les is a great coach. It is not surprising in that LSU has major alumni financial backing, and playing in the SEC, if you aren’t winning national championships, you might as well be having a losing season.

Losing to Alabama, vanilla offense are reportedly why Les Miles could be out at LSU: https://t.co/Fk760yWq74 pic.twitter.com/Wfhn3R4v2R

(Vanilla offense is not what you’d describe Chip as in college.)

MORE: Boosters have already agreed to pay the $15-20 million needed to buy out Les Miles and his staff. https://t.co/Mglafb5b1L

(There’s that major alumni support and financial backing I spoke of earlier.)

To be the best, you must beat the best. Les Miles has had success in arguably the most difficult division in #CFB pic.twitter.com/yhxL1DrB7q

(If you aren’t winning the National Championship, they don’t care in the SEC.)

(Creates major NFL talent, so Chip would have loaded rosters.)

LSU currently has No. 1 ranked recruiting class for the class of 2016

(The top class coming in next year, so Chip will have major talent to work with.)

If they fire Les Miles they better have a rock star replacement ready to sign. This is nutty. #GeauxTigers https://t.co/Vyx2TU93SC

(Maybe they know this is the situation to draw Chip back to college.)

Soon after this came out, Josh Innes of 94WIP, stated on air that a source of his told him that Chip Kelly will be number one on their list of candidates, and that LSU will reach out to his agent. This is not shocking, as in the college world, Chip is considered landing the “Whale” candidate. He’s still considered the top guy for college openings.

So, this is where it would get interesting. Is USC a great place to live and a sexy program? Yes. Is South Carolina in the best conference in the world with talent? Yes. Is Texas a former powerhouse program that is looking for a new influx to take them back to prominence? Yes. However, LSU may not be as sexy as USC, but he would get paid an absolute ransom there, they have the best tailback in college football, they routinely are one of the top recruiting programs in the nation, they have NFL ready talent on their roaster, and it’s in the best conference in college sports. This is pretty much the perfect storm.

So, now feeling the pressure, players turning on him, the city turning on him, and the ability to step back into college with potentially an even better setup than he had at Oregon, would he do it? I think this is the first scenario where I think he could be persuaded. Would I be heart broken if he left? No. Do I think he will? I have no idea.

It’s fun to speculate, but I think this is the first time theres a situation that could actually lure Chip away. Now we just have to sit back and see how all of the situations, and the Eagles season plays out.

I will say though; watching Chip run a college offense with Fournette would be incredibly fun, tune in every week type stuff! 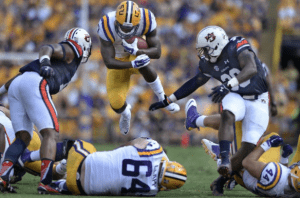 Let us know what you think in the comments and on social media. Should Chip leave? Will he? Is LSU his next stop?