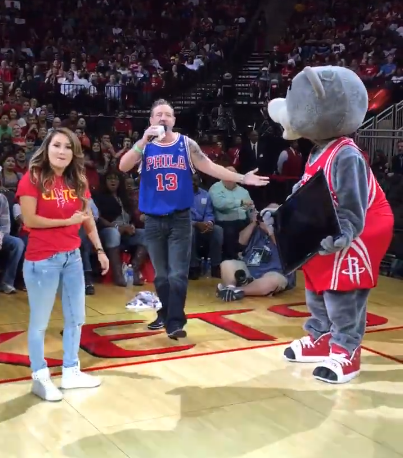 Entertainment at sporting events varies greatly. Some teams have a really hard time being, you know, entertaining. Other teams just get it. Add the Houston Rockets to the list of teams that get it.

The entertainment last night in Houston involved a man needing to answer one question correctly in order to win a free television. The question was rather an easy one, “In what years did the Houston Rockets win the championship?” The guy knew the answer and won the TV… and then promptly took a page out of the classic wrestler’s heel book and turned on the Rockets and the crowd.

What Clutch “The Rockets Bear” does next is hilarious.

Note: I know this was most likely set up, but it doesn’t make it any less awesome. And in 2015, how do people still not know how to hold a phone to record video? Le sigh.