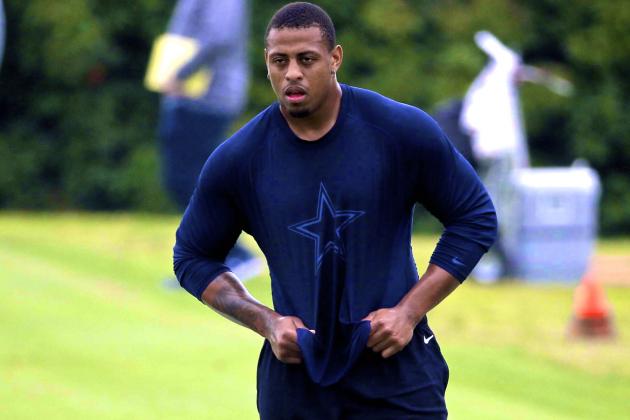 There was really no reason Greg Hardy should’ve been let back in the league after being suspended the entire season last year. Unfortunately, yesterday, the charges against Hardy were expunged, meaning he basically didn’t do anything wrong in the minds of the legal system. Today, photos were released via Deadspin, showing the bruises Nicole Holder suffered at the hands of Hardy.

We’ve chosen not to post the photos here, but you can click here to see them. Warning: Graphic images.

Should Hardy be allowed to play this weekend? Is it an even worse look for the NFL to punish him just because these images were publicly released? They undoubtedly saw these photos before allowing Hardy back in the league. Hardy’s still a scumbag. There are no winners here. But, hey, at least he’s a beast on the field, right?