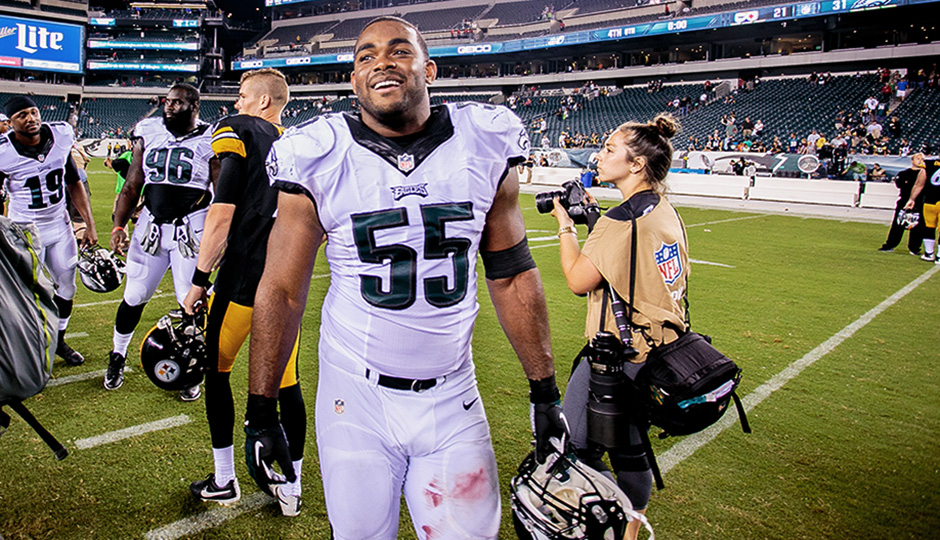 Brandon Graham has 4.5 sacks this year. He’s being paid $6 million for this season, if you add up his $3 million base salary, $1 million signing bonus, and $2 million roster bonus [what!], so that’s roughly $1.3 repeated million he’s being paid per sack if he does nothing else the rest of the season [which is very likely, given his most recent games]. But he was in the news yesterday, sort of, because of his ridiculous BG Social Media Policy that I guess we have to sign off on if we don’t want him to block us.

Graham went on a Twitter blocking spree recently, drawing the interest of several hosts on 97.5 The Fanatic yesterday. Jason Myrtetus, who thinks women don’t know sports, was the first to bring it to their attention. Myrtetus wasn’t the first one Graham has blocked for seemingly no reason, and he certainly won’t be the last.

Here’s what he had to say about it in the Eagles locker room. Audio courtesy of 97.5 The Fanatic.

Reporter: “The counterargument, though, is that you’re worried about [what?] people are saying and maybe it’s taking away your priorities – or what you really should be worrying about.”

Graham: “You know what it is? People don’t have a personal life. And, it’s like, I have a personal life. You know, yeah, I work. And I work very hard. But I do have a personal life and I do have a wife and a kid at home. And if my kid’s seeing that, I mean, for me, I just don’t want to see the negativity because that’s not gonna help me. So why not block you? Because that’s my personal page. That’s a personal page. So, it’s like, it’s blown out of proportion to try to throw us off, so, you know, I’m not falling into it. I just block people. Because I’m having a personal conversation with my friend, but people think that they can just interrupt what we talking about, and they don’t know what we’re talking about, so why not block? You know what I’m sayin’?”

Reporter: “The alternative is you fire back something you’re gonna regret?”

Graham: “Oh, yeah. If I fire something back, all they going to do is retweet me, and now they want their friends to see, so it’s like, why not? Just block everything, just so, we can just kill that noise right there. You know, I love that 97.5 put me on today, because you got my followers up even mo. Thank you, 97.5!”

Second, Graham is the latest Eagle to throw [mostly] fans under the bus. Sure, social media can be a cesspool, especially Twitter. But, when you’re basically calling a lot of Eagles fans losers without a life probably wasn’t the best move. I’m sure he and Lane Johnson are having a pow-wow now, laughing and eating Corn Pops. Because who the hell eats Corn Pops?

Third, someone please tell Mr. Graham that a social media account really isn’t personal unless it’s marked private. And even then, it’s probably not even private.

Fourth, Graham doesn’t just block people who interrupt his conversations. He actively searches out his name using the Twitter search option and blocks people who have ever said anything negative about him. Hell, he probably blocked his whole family and his fans, too. So, Graham is a liar. In the audio above, that’s the only reason he cited he blocks people, but it certainly isn’t the only reason. I mean, who searches their name on Twitter just to block people who’ve said something about you? That’s just weird, man.

And finally, I believe I have won the war vs. Brandon Graham.

As a sidenote: It’s funny hearing Mike Missanelli complain about being blocked for no reason – he did the same f—ing thing to me after I tweeted, “RT ‘@MikeMiss975 The Phanatic is over. Dance to that.’ Wow.” about a year ago. I guess the guy can’t take a joke. Or even knows what a joke is.

Going out tonight? Why not make JD McGillicuddys in Manayunk your destination!? Lions/Packers & Quizzo start at 8:30 followed by Sean Brace DJ’ing to close down the night! Great specials and the best Thursday night crowd in the area! 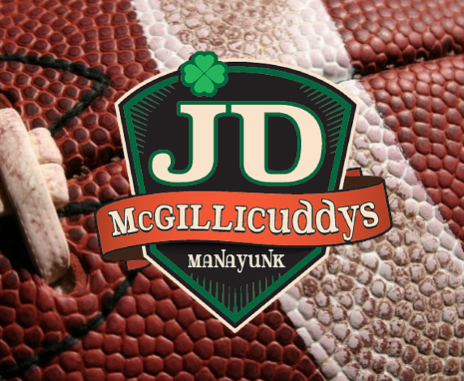