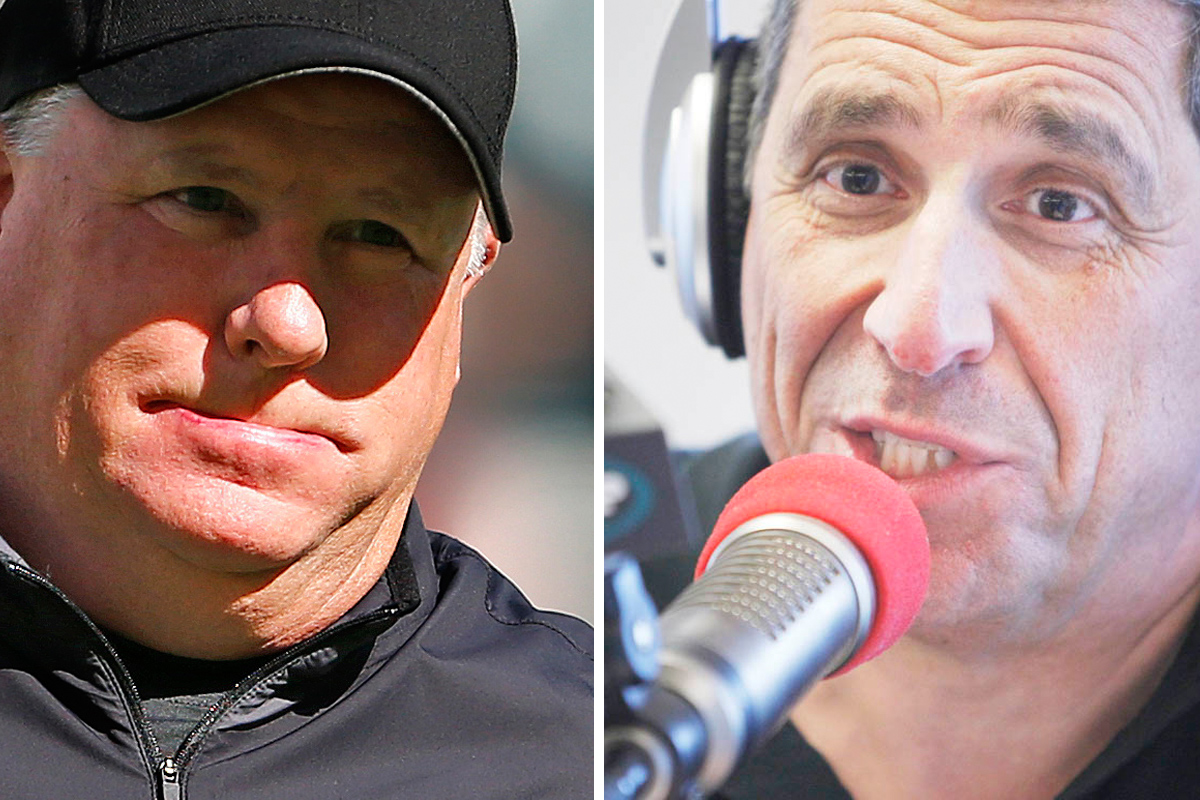 Chip Kelly and Angelo Cataldi haven’t always seen eye-to-eye, but the two have joined forces for a good cause. Angelo Cataldi started delivering pies to the Eagles back in 2013. The Eagles had won six games out of seven during that time period.  With the Eagles on a three game losing streak a few weeks back, Chip Kelly recently requested that Cataldi started delivering the pies again.

This week Chip Kelly pledged to give $1,000 per pie to the Greater Philadelphia Coalition Against Hunger. Cataldi added $1,000 of his own with the grand total being $4,000. Proving to be one of Chip’s better decisions this year, the Eagles are now 2-0 since Cataldi starting delivering the pies again.

Chip Kelly certainly has had his share of issues this season, like being accused of being a racist and dealing with the LeSean McCoy and DeMarco Murray drama. But, with the pie-delivery tradition back on, we can’t be stopped.