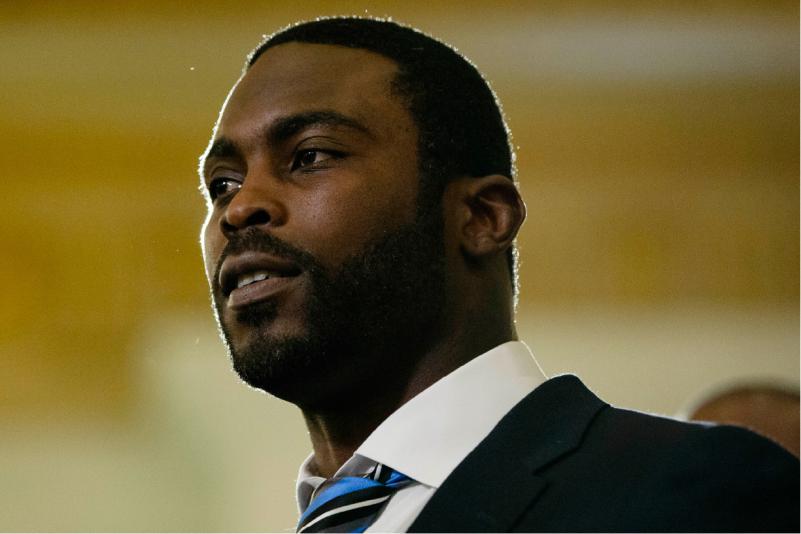 Pittsburgh Steelers quarterback Mike Vick is now an advocate for animals. He went to the Pennsylvania State Capital on Tuesday to lobby for a bill to help protect cats and dogs from being left in unattended vehicles. I’m dead serious.

The bill would shield first responders from liability to any damage they do to property when trying to rescue the animals from inside cars or trucks.

“The bottom line is that all animals thrive (on) kindness and respect. They depend on us like our children depend on us,” Vick said.

Besides football, Vick is famously known for his involvement in a dogfighting ring, when he played for the Atlanta Falcons. He was sentenced for his role in the ring to 23 months in a federal prison.

In May of 2009, Vick worked with the Humane Society, on it’s anti-dogfighting campaign.

More from Vick via the AP:

“I know that I’m an enlightened advocate” for animal welfare, he said. “I was part of the problem when I was at my lowest. I made decisions to make change and I stand by them.”

The Bill was introduced in September and is currently pending in the House committee.

Vick served his time in prison and though many of you will never forgive him for the cruel acts that he was apart of, I’ll give him credit for trying to make some good out of a bad situation. Most players probably would’ve moved on by now.