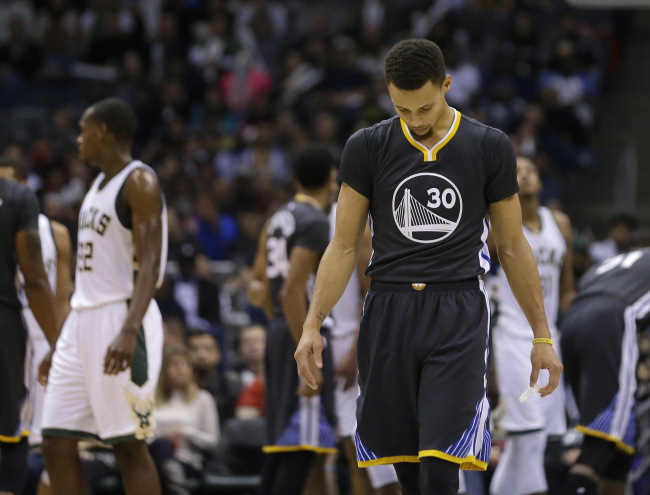 Golden State is undefeated no longer. The Milwaukee Bucks of all teams were able to break the streak on Saturday night. The Warriors are now 24-1 on the season after losing 108-95 in Milwaukee. Steph Curry had 28 points to go along with seven rebounds, five assists, one steal and two 3-pointers. It just wasn’t enough to win on this night.

The Warriors still have their eyes locked on loaded on the 72-10 record for the 1995-96 Bulls. The Warriors just seemed to lack the same energy that they’ve played with all season on Saturday night. Now that the streak is over, they can regroup. Some of the pressure is now off of them.

The Bucks have been known to snap a few streaks in the past, so this isn’t new territory for them.

The Bucks have snapped some pretty long streaks in their history. pic.twitter.com/lJWIbI58ak

With the Warriors first loss, you knew that the internet would have some fun at their expense…

Draymond Green summed things up the best for the Dubs…

Draymond Green told his teammates, "We can have a regular season now." The past six weeks have felt like the playoffs.

Golden State next plays on Wednesday night against Phoenix.