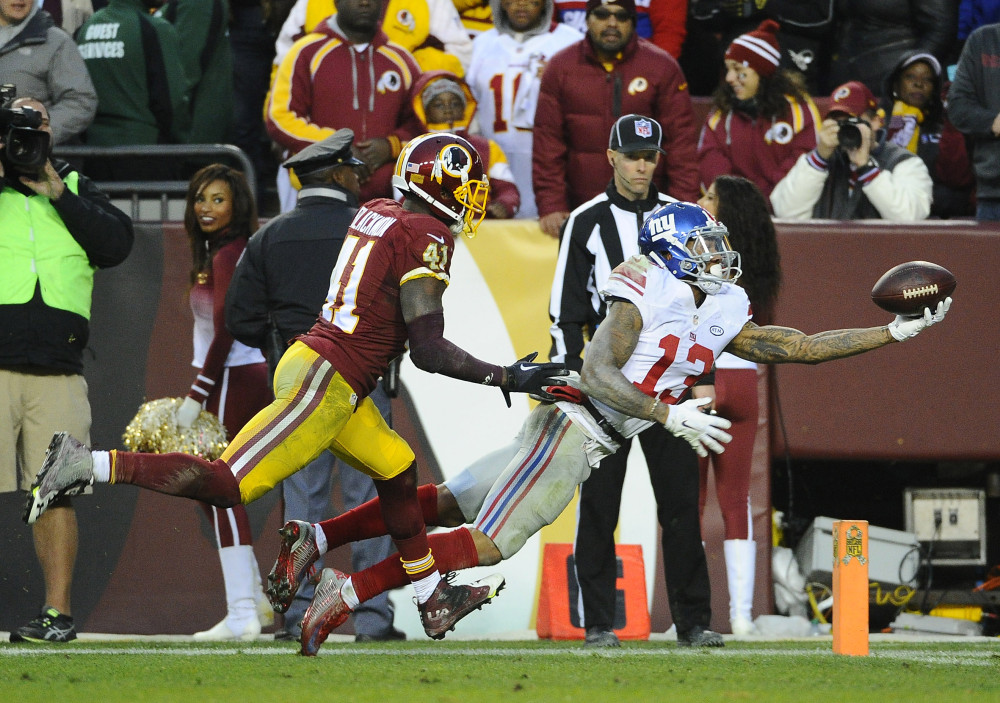 Week 13 is here. There’s one unbeaten team left in the league and there are a number of teams fighting for their playoff lives. Let’s take a look at my NFL week 13 preview. 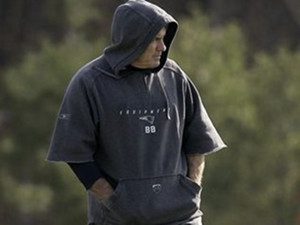 1. Will they show mercy?

The Patriots are coming off of their first loss of the season and that’s not a good thing for their next opponent (victim), the Philadelphia Eagles. The only question that needs to be answered is – will the Patriots show mercy on them?

If history is an example, the answer is no.

The Eagles have caught a break with Rob Gronkowski being out of the lineup. That doesn’t mean the Patriots suck though. They still have Tom Brady as their QB and Bill Belichick as their Head Coach. The Eagles have been creamed by their last two opponents, Tampa Bay and Detroit.

The Eagles unbelievably enough still have a chance to win the division, but first they have to win a game and that’s not happening this week. 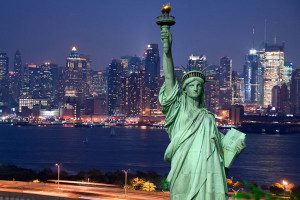 It’s the Jets against the Giants at Met Life Stadium this weekend in the battle for New York. The Jets are 6-5, while the Giants are 5-6 and tied for the NFC East lead with Washington. This is a must win for the Giants and to win, they’ll need better play from Eli Manning than they got last week from him against Washington.

Meanwhile, the Jets play in the Patriots division – so the division crown is out of the question. Still, this is also a must win for them as well for them to stay in the race for the playoffs.

Who’s the best team in New York this year? There can only be one. We’ll find out on Sunday. 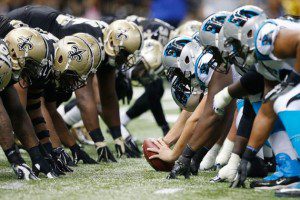 One team remains unbeaten in the NFL and that’s the Carolina Panthers. Most see this week as a gimme game for them against the 4-7 Saints. However, I don’t. The pressure will only increase with each week that the Pantheres remain unbeaten.

Despite the fact that they suck this year – it’s no easy task winning in New Orleans. I think Sean Payton and company will pull out all of the stops to win this week.

The main question is, can the Saints defense stop sucking for one game to allow for this upset? While it’s highly unlikely, I just have a feeling that the Saints somehow manage to pull this one out. 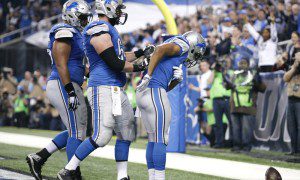 After stinkin’ up the shitter most of the year, the Lions are now pulling themselves together. They’ve pulled their record up to 4-7, as they host the struggling Packers this week on Thursday Night Football. Aaron Rodgers appeared to hurt his hand last week, but he hasn’t turned up on the injury report yet this week. The Packers need a W to keep pace with the first place Vikings. However, the Lions defense has really stepped up recently. This will not be a cakewalk for the Packers, in fact, if they aren’t careful, the Lions will come out of this one victorious.

Teams that can clinch a playoff spot this week are:

Each week I will present what I think are the juiciest fantasy matchups at each position. I don’t want to keep you guys waiting, so let’s take a look at the juiciest matchups for Week 13: 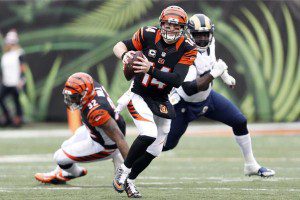 Andy Dalton (CIN vs. CLE) – Dalton and the Bengals are having a great year as they march towards a playoff birth. Dalton is 238/362 for 2971 yards with 23 touchdowns on the season. Next up for the Bengals are the Browns. Need I say more?

Kirk Cousins (WAS vs. DAL) – Cousins is 268/392 for 2787 yards and has thrown 16 touchdowns on the season. Washington is tied for first place in the NFC East. The Cowboys are hurtin’ and Cousins will take full advantage of it. He should throw for 300+ yards and three touchdowns this week.

Ryan Fitzpatrick (NYJ vs. NYG) – Fitzpatrick is coming off a four touchdown performance last week against the Dolphins. The Giants defense presents another opportunity for Fitz to make some things happen. I’m looking for three touchdowns this week for Fitzpatrick. 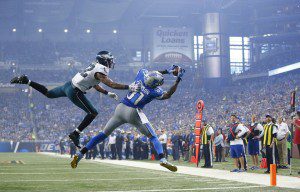 Calvin Johnson (DET vs. GB) – Johnson didn’t practice on Tuesday, but perhaps he was given a day off to rest his ankle. As long as Johnson plays, he should be able to find the end zone against the Packers. He hasn’t been old school Megatron this year, but he’s still quite efficient when Matthew Stafford isn’t stinking up the joint.

Mike Evans (TB vs. ATL) – Though not playing as good as last year, Mike Evans is coming on strong now. He only has two touchdowns this season. Atlanta sucks and I don’t think they have an answer for Evans. I’m expecting 140+ yards and one touchdown this week for Evans.

Martavis Bryant (PIT vs. IND) – Bryant has two touchdowns in the last three weeks and is finding himself more involved in the Steelers offense. He’ll find the end zone against the Colts this week. 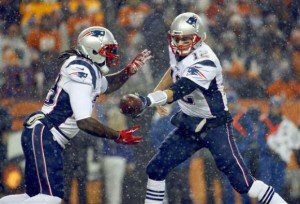 LeGarrette Blount (NE vs. PHI) – Blount is a mean runner. He’s had back to back tough outings. It changes this week. With Gronk out, the Patriots will incorporate their run game more this week. I expect 100+ yards and two touchdowns this week for Blount.

DeAngelo Williams (PIT vs. IND) – DW has been a worthy fill-in for Le’Veon Bell when needed this year. He has 115 carries for 563 yards and six touchdowns this season. He’ll keep rolling this week against the Colts.

Doug Martin (TB vs. ATL) – Martin has 202 carries for 1038 yards and three touchdowns on the season. The struggling Falcons come to town this week for TB, so Martin should keep things rolling. I see 100+ yards and one touchdown in Martin’s future this weekend. 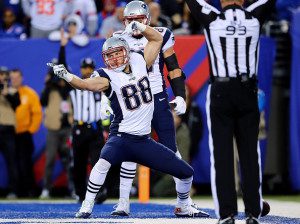 Scott Chandler (NE vs. PHI) – Chandler will fill-in for Rob Gronkowski, while he misses time with an injury. The Eagles D has had serious issues the last couple of weeks, and I expect it to be no different this week against the Patriots. I’m looking at 75+ receivng yards and one touchdown for Chandler this week.

Gary Barnidge (CLE vs. CIN) – Barnidge has come out of nowhere this year. He has 55 receptions for 758 yards and seven touchdowns on the season. The Browns won’t win this week, but Barnidge will be the lone source of offensive production. 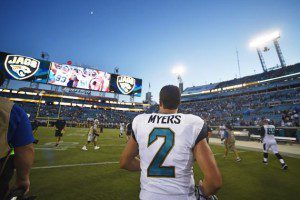 Jason Myers (JAX vs. TEN) – Myers has had four weeks in a row with at least 12 fantasy points. He’ll keep it going this week against the Titans, as I expect him to be good for 15-17 fantasy points. 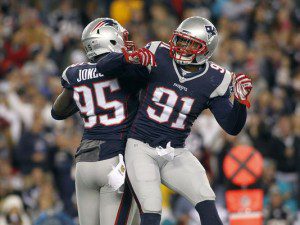 New England Patriots (vs. PHI) – Patriots are coming off of their first loss of the season. The Birds O is struggling big time. This is a statement game for the Patriots – a big week is coming for them. 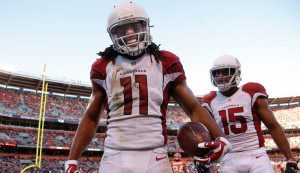 Larry Fitzgerald (ARI vs. STL) – Fitzgerald and the Cardinals have been dominant for the most part this year. They play a Rams team who’s defense has stunk the last couple of weeks. I still expect a Cardinals win, but the Rams D should be much improved this week. The Cardinals will get the W with help from players other than Fitzgerald this week. He’ll be shut down. 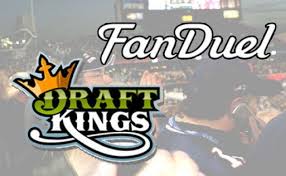 Each week I will give you my value picks for both FanDuel and DraftKings. Please remember that the salaries are a bit different at each site, so you may not see the same guys on each list because of that. Also, at the end of the day, the final decisions are yours to make, but I’m here to guide you through some value picks. Without further hesitation, let’s get into my DFS value picks for Week 13: 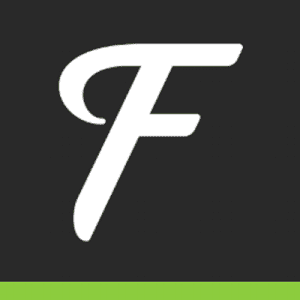 Kirk Cousins (WAS – QB – $6,600) vs. DAL– Cousins has what it takes to lead Washington to a division crown in the weak NFC East. Dallas shouldn’t present any problems for him this week.

David Johnson (ARI– RB – $5,900) vs. STL- No Chris Johnson, most likely no Andre Ellington, no problem. Johnson goes up against a Rams defense that has been very shaky to say the least the last couple of weeks. Johnson should see lots of touches in this one.

Doug Baldwin (SEA– WR – $6,200) vs. MIN – Doug Baldwin has been on recently. No Jimmy Graham will only mean more targets for Baldwin, which is all he needs and in turn, all we need.

Scott Chandler (NE– TE – $5,300) vs. PHI- Chandler is no Rob Gronkowski, but he is a worthy fill-in. He’ll be involved in the Patriots offense this week against the Eagles and his value is just right for me.

Kansas City (DEF – $4,700) vs. OAK – The Chiefs D is capable of being a deadly weapon for the fantasy playoffs. They can force plenty of TO’s and I think they’ll force a couple against Oakland this week. 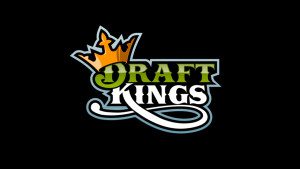 LeGarrette Blount (NE- RB – $5,100) vs. PHI – Blount will be used big time with Gronk out of the lineup. He’s a great value and he’ll see 20+ touches this week against the Eagles.

Martavis Bryant (PIT– WR – $5,600) vs. IND – The future is bright for Bryant and the Colts shouldn’t present much of a challenge for him this week.

Chicago Bears (DEF – $2,600) vs. SF– The Bears are the luck team to play the awful 49ers this week, Chicago has been much improved recently and I expect their D to step up against SF.

You can stay up to date with everything Fantasy Football related by following me on Twitter(@ViggieSmalls765) and Instagram. I’ll be available on Twitter for upcoming Twitter chats and to give out advice to help guide you through your fantasy season.