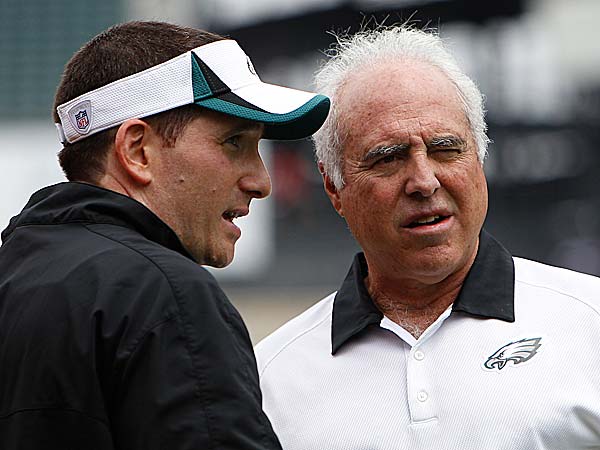 It sounds like the Eagles were ready to hire Ben McAdoo as their next head coach before the Giants came in and likely sweetened their offer, according to a report from the Inquirer‘s Jeff McLane.

#Eagles were in on Ben McAdoo and we're ready to hire the new Giants head coach, according to two NFL sources.

McAdoo was the offensive coordinator with the Giants, so it made sense for him to be promoted to that position after Tom Coughlin “resigned” after the season finale. And it sounds like the Eagles are a little salty about it.

The #Eagles have no comment on the N.Y. Giants hiring Ben McAdoo and their reported interest in hiring him.

That leaves less than a handful of candidates at this point. Benjamin Allbright, whose credibility you have every right to question, mentioned that the Eagles’ top coaching candidates were all still in the playoffs. Hard to believe when they had an interview with Doug Pederson while he was in the middle of a playoff run, but no other candidates they’ve interviewed are in the playoffs right now.

If Allbright’s report can be taken at face value, which would be hard to do, that would mean the Eagles haven’t yet interviewed candidates from the Patriots (maybe Josh McDaniels?), Broncos, Steelers, Seahawks, Panthers (I doubt Sean McDermott, but maybe?), Packers and Cardinals. And they haven’t been linked to anyone on those current playoff teams so far. Is their search really over?

Let’s not completely rule out that McAdoo really wanted to coach the Giants all along and was just using the Eagles for leverage. Absolutely possible. Actually, I’d be surprised if that’s not what he was doing. The Giants are expected to retain Steve Spagnuolo as their defensive coordinator, despite him chilling in Philly with Connor Barwin this past weekend.