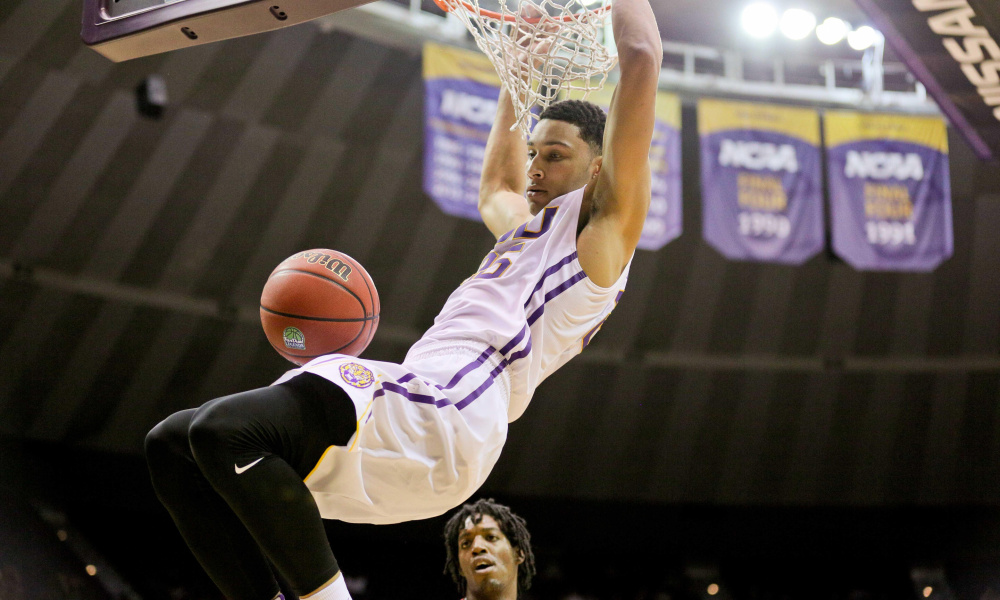 With the Sixers struggling again this season, fans have already been looking ahead to next season. Before we get to next season though, there’s that important thing called the NBA draft. Most fans seem to have their eyes set on the “Beast of the Bayou” Ben Simmons from LSU.

I’m certainly on the Simmons train as I think he’s a player that could eventually change the landscape of this Sixers organization. Simmons is averaging a whopping 19.4 points, 11.9 rebounds and 5 assists on the season. However, one area that he apparently needs to improve as is at academics.

Ben Simmons was not in the starting lineup for Saturday’s loss to Tennessee because his coach was trying to send a message to him. LSU’s coach Johnny Jones spoke more about the issue.  Here’s what Jones had to say courtesy of ESPN.

“We had to address some academic stuff with him earlier in the week. This is just one of the attention getters for him. We’re hopeful that this will help get him focused and concentrated on what he should be doing.”

Hopefully this is just a minor bump in the road for Simmons. One’s character is tested when one’s back his against the wall. With March Madness nearing and his NBA career approaching, let’s see if Simmons can get his academic situation turned around.