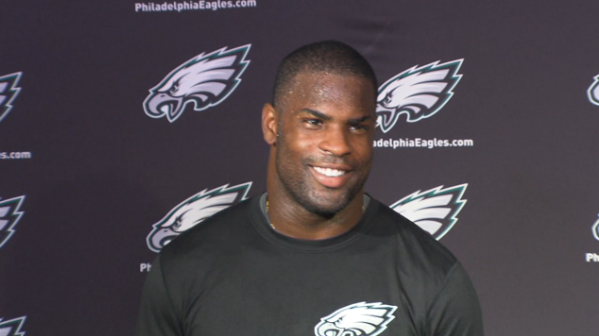 DeMarco Murray is heading to Tennessee, per Adam Schefter.

Earlier today, reports surfaced that Murray and Ryan Mathews were on the trading block. Add this move to the list of huge moves Howie Roseman has made today by sending Byron Maxwell and Kiko Alonso to the Dolphins, and March 7th, 2016 will live in Eagles infamy.

And before anyone wants to say this is Howie Roseman getting his revenge on Chip Kelly for his moves, I’d look a little bit deeper than that. With the exception of moving Kiko Alonso – which won’t hurt the team as much as people seem to think it will – Roseman got rid of two ridiculous contracts that Chip Kelly had no business drying the ink on. We all thought that last year when he signed Maxwell and Murray, but now we want to say Roseman’s making bad moves? FOH.

More from Schefter, who says Murray sought out the Titans when given permission to seek a trade partner:

The trade is expected to be completed when the new league year begins Wednesday and, according to a source, is expected to involve draft-pick compensation.

Murray was given permission to find a trade partner, and he identified and sought out Tennessee, which he thought to be a good fit and an exciting opportunity, according to one person who knows Murray.

Johnson and Titans officials felt comfortable enough Monday night that the trade now is expected to be officially completed Wednesday.