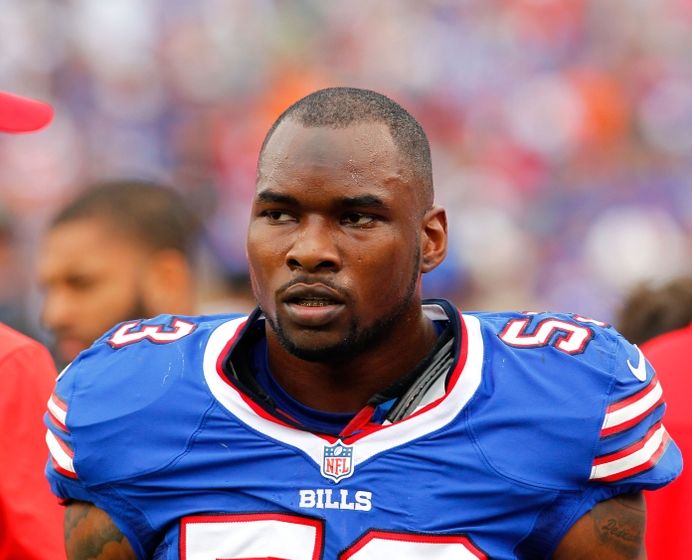 With Kiko Alonso gone, the Eagles had to replace him, even though he was pretty invisible on the field last season. Yeah, yeah, yeah, I get it. Big knee injury. Whoop.

Peter Schrager of FOX Sports reports the Eagles have agreed to a deal with linebacker Nigel Bradham.

The Eagles are not done. Philadelphia has agreed to terms with LB Nigel Bradham. @NFLONFOX

The deal is worth reportedly two years, according to Albert Breer.

Clearly we don’t know for sure if Bradham will be Alonso’s replacement until the players step on the field, but there’s a really good chance that’s the case. Bradham is 26 years old and had much success in 2014 in Jim Schwartz’s defense. He’s started 38 games in the NFL and was drafted in the fourth round of the NFL Draft in 2012.

While it might seem like a long shot for the Eagles to sign another linebacker, they’ve reportedly also shown interest in Tamir Whitehead. Never say never.