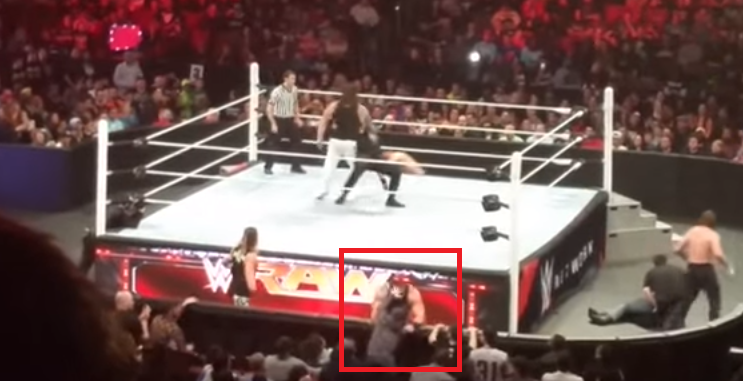 Last night was sort of a mess at the Wells Fargo Center as WWE brought Monday Night Raw to Philly. You can read an in-depth recap of the show here, but something happened after Raw went off the air that will really make Philly fans proud.

During the dark match main event – something WWE rarely does anymore when television shows go off the air – the Wyatt Family’s waste of space, Braun Strowman, was hit outside the ring and went to the hard camera side of the barrier to gather himself. It was then that a fan in the front row grabbed Strowman’s head and gave what looks to be an uppercut to his chin. Watch it below.

The fan was escorted from the ringside area and was taken out of the arena. They actually walked past where I was seated, but I didn’t really think anything of it at the time. Let this be a lesson to anyone attending any wrestling shows or any kind of sporting event – keep your damn hands to yourself.