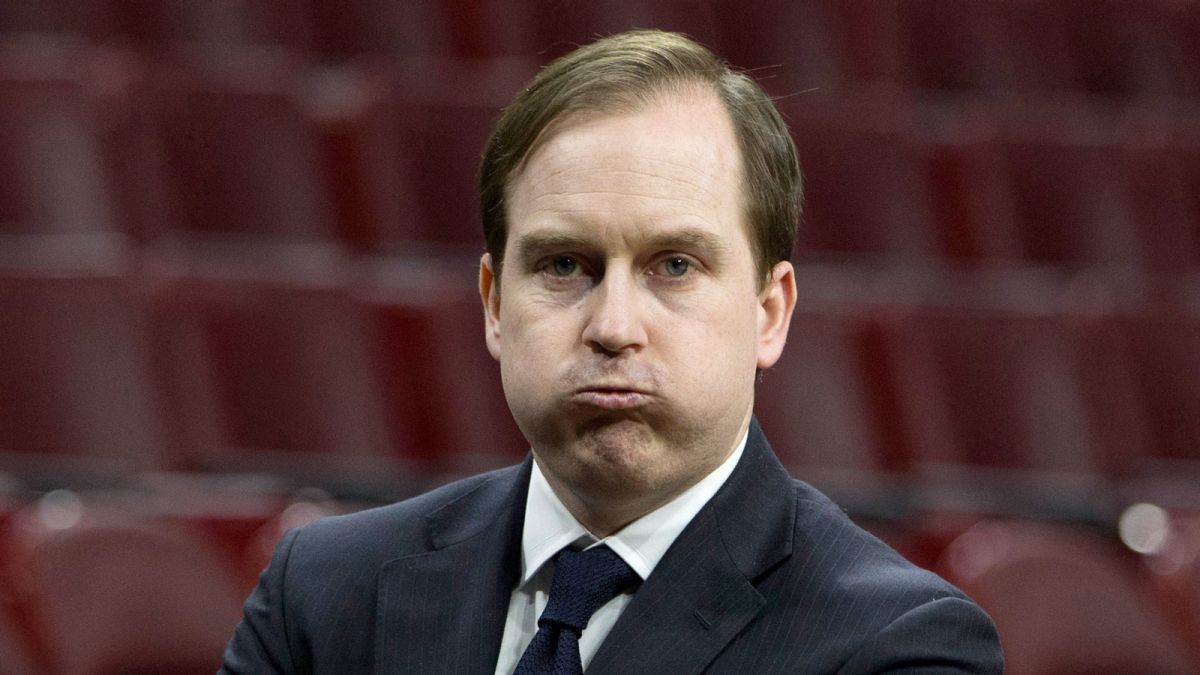 So much for trusting the process.

Philadelphia 76ers general manager and president of basketball operations Sam Hinkie has stepped down from his posts with the team.

This is a shocker!

Philadelphia released a statement on the resignation.

“This evening, Sam Hinkie notified the organization that he has elected to step down as president of basketball operations and general manager. While we are disappointed in Sam’s decision, we would like to sincerely thank him for his contributions over the past three seasons. There is no question that Sam’s work has put us in a strong position to take advantage of numerous opportunities for an exciting future,” it said.

Adrian Wojnarowski is reporting that Bryan Colangelo had been targeted as the Sixers’ GM.

Bryan Colangelo had been targeted as the Sixers GM, a candidacy that has been gathering momentum, league sources tell @TheVertical.

One source close to the situation in Philadelphia tells https://t.co/EXInXOMads that Bryan Colangelo's arrival with the club is "imminent"

Bryan is the son of Jerry Colangelo, who is the chairman of basketball operations for the Sixers.

It’s not certain if Hinkie will stay with the franchise.

Hinkie's staff is completely unaware if he has, indeed, made a decision to leave the Sixers, sources tell @TheVertical.

Sources: Ownership had not planned to fire Hinkie. They believed he would accept another high-level executive on a level plane with him.

“There has been much criticism of our approach. There will be more. A competitive league like the NBA necessitates a zig while our competitors comfortably zag. We often chose not to defend ourselves against much of the criticism, largely in an effort to stay true to the ideal of having the longest view in the room.

“… Given all the changes to our organization, I no longer have the confidence that I can make good decisions on behalf of investors in the Sixers — you. So I should step down. And I have.”

The Sixers were an NBA-worst 47-195 during Hinkie’s tenure.