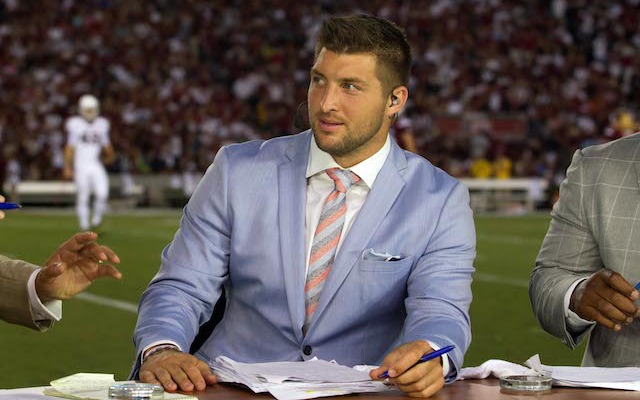 Tim Tebow has always had a huge following. A lot of it is because he’s a nice guy that does great work for charity. A lot of it because some people think he’s an amazing football player. Well, a group of fans apparently aren’t thrilled with the fact that the butt-fumbler Mark Sanchez could be their starting quarterback this year, as it stands now. Even though the Broncos inquired about Sam Bradford, the Eagles reportedly won’t trade him because the asking price is “too high.” So, a few fans have started a petition to convince the Broncos to bring back Tebow. Here’s what the petition says, via Complex Sports:

The Denver Broncos have lost their two main quarterbacks from their epic 2016 Super Bowl Championship winning season. We need a proven winner to continue to move this team in the right direction. Coach Gary Kubiak’s offense would thrive with Tebow under center. He and the legendary John Elway can make this happen. We dont need a subpar throwaway from some other team, we need an original Bronco who has the fire, desire, and love of the game to play as a Bronco again! As a bonus the Bronco fans would be ecstatic! He just wins, we all know this! #TebowTime”

Should you want to try to help these fans get their wish, you can sign the petition here. As of now, over 3,000 fans have signed it.