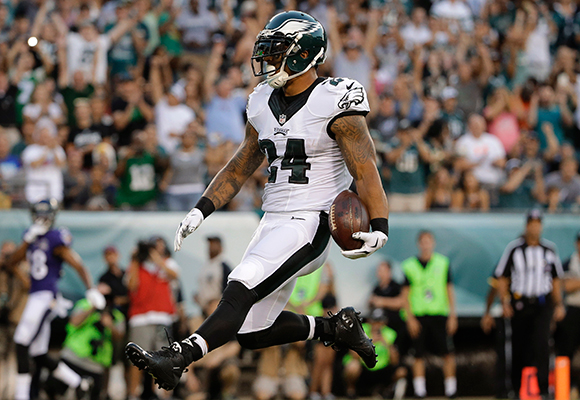 It’s no secret that the Philadelphia Eagles are interested in Ezekiel Elliott.

Even Zeke said so himself.

If the Eagles decide to stay at No. 8 and select the destructive Ohio State running back, what would that mean for Ryan Mathews?

Obviously Philadelphia could decide to keep and use him as a backup, but Tony Pauline of Walter Football reported that two teams are interested in his services.

I’m told if the Philadelphia Eagles select running back Ezekiel Elliott with the draft’s eighth pick, the Dallas Cowboys and San Francisco 49ers are two teams interested in Ryan Mathews, the Eagles’ present starter. Insiders I spoke with think its unlikely Mathews is dealt to a divisional rival such as Dallas and question if they would trade him to a team now led by their former head coach.

The 49ers and Chip Kelly, of course, would make a lot of sense with Mathews averaging 5.1 yards per carry in Kelly’s scheme last season. He’d make for a solid backup behind Carlos Hyde. The Cowboys signed Alfred Morris during the offseason, but he’s been on a steady decline and the addition of Mathews would provide a solid trio with Morris, Mathews and Darren McFadden.

But are the Eagles really going to make a deal with the Evil Empire or Chip?

Unless the Birds get really good value it might be better off keeping Mathews. The Eagles would only save $2 million in cap space if they trade him and there’d be $2 million in dead money.