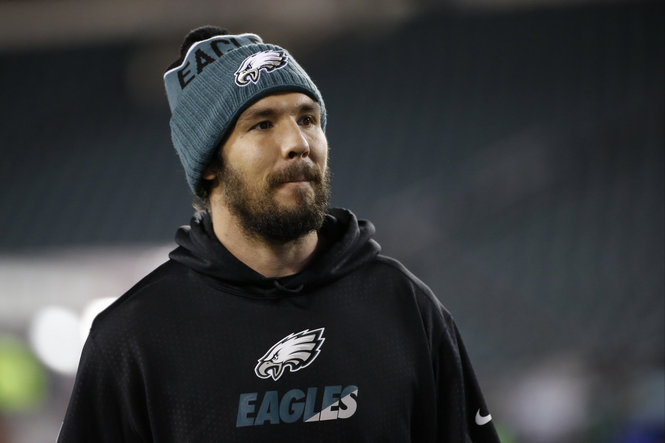 The Sam Bradford saga is dying down now, finally, because Bradford came to voluntary workouts on Monday. He’s still a clown, but maybe I should change my Twitter avatar.

Now, when Bradford had requested a trade, many were quick to be done with him. I was one of them. But I also like the Eagles’ plan of easing Carson Wentz into the NFL for one year and not throwing him to the wolves. As the second overall pick in the draft, I know that’s not exactly a reality in today’s NFL. That’s why I like the idea – it’s different. But, if the Eagles traded Bradford, we’d be looking at Wentz coming in a lot sooner than the team seems to anticipate. I’m not sure how I’d feel about that. But, were the Eagles even close to dealing Bradford? Doesn’t seem like it.

According to ESPN NFL Insider, Andrew Brandt, the Eagles were asking for a boatload in return for Bradford. And, of course they should have asked for a ton in return for him since the front office and head coach had already labeled them their starting quarterback for the 2016 season. In an appearance on 97.5 The Fanatic with Rob Ellis and Harry Mayes, Brandt said the following:

Maybe there were discussions with the Broncos. That’s the team that everyone sort of thought maybe that could happen. But, my sources tell me the Eagles asked for a lot. Maybe a second round pick. Maybe two second round picks. Maybe more. Because they paid a guy $11 million – looking at Alex Smith brought two seconds and Pederson has experience with that – so, and Denver, of course, is not doing that. And Denver went on with Paxton Lynch. Then you look around if you’re Condon and Bradford, and you’re like, ‘OK. All the options have been exhausted. Let’s go back, we understand we’re just a placeholder. It’s the inevitability of Carson Wentz, whether that’s later this year or next year.’ Again, no one empathizes with Sam Bradford I think primarily because of all the money he’s made. But, you and I and the Eagles and everyone listening knows he’s a placeholder whether it’s one game, six games, 12 games, or 16 games, I think, maximum.”

Not surprising the Eagles would ask for a lot for their starting quarterback. I don’t think anyone’s angry, nor should they be angry, that the Eagles didn’t trade Bradford. It still might happen. Training camp injuries are an inevitability, so I wouldn’t put it past other teams to inquire about Bradford should their starter go down to injury.

After the season? Well, that’s another story. You can listen to Brandt’s interview below.