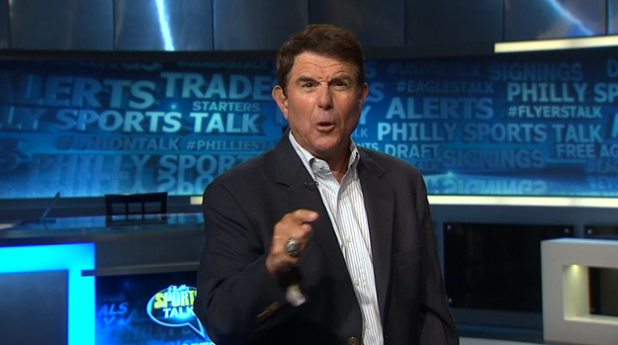 He called Sam Bradford being the Eagles’ starter in Week 1, and Merrill Reese hath spoken again.

Reese joined The Josh Innes Show on 94WIP today and spoke highly of the Eagles signing Fletcher Cox to an extension and the upcoming season. He thinks the Eagles stand a good chance to win the division.

Reese and Innes are probably a little too optimistic for me. Bringing up last season doesn’t mean much, because all the other teams in the division will likely be better than they were last year. Sure, you can include the Eagles in that, but should they really be considered a favorite to win the division right now? Probably not.

But, it’s Merrill Reese, so I’d expect this from him. He’s the Eagles’ radio version of Dave Spadaro with hair, but likable.