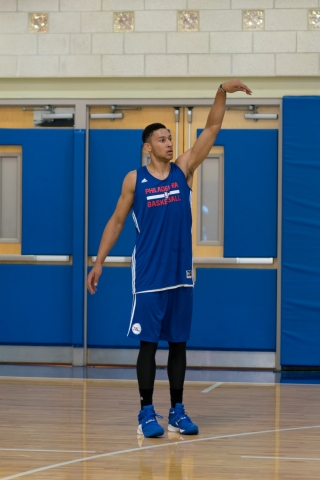 We mentioned yesterday how the Sixers reportedly told Ben Simmons that he would be their selection with the number one pick in the draft Thursday. That in itself should’ve fired you up. Then, the pictures surfaced of Simmons working out for the Sixers. That really should’ve got your juices going for what’s about to transpire. But, if you’re still not amped all the way up about Ben Simmons being a Sixer by the end of the week, check out Simmons’ own Instagram account below.

Sixers management better remember who set this train in motion. If all goes according to plan in the near future and this Sixers team becomes phenomenal, the Colangelos may need to work on their end to get a statue put up outside of the Wells Fargo Center of Mr. “Trust the Process” himself, Sam Hinkie.

Can you feel it in the air yet? Tomorrow night. NBA Draft 2016. Ben Simmons. Philadelphia 76ers. Boom!