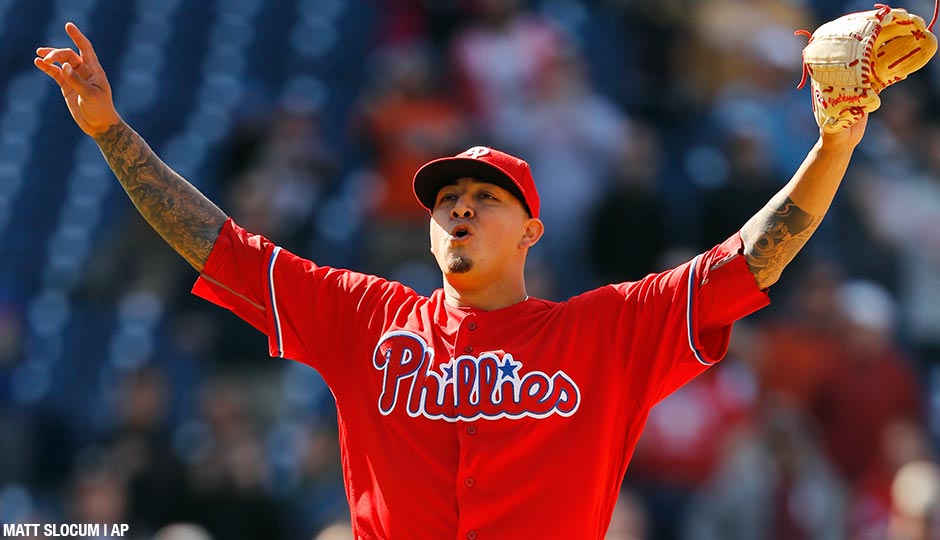 On Monday, Phillies bench coach Larry Bowa joined The Mike Missanelli Show on 97.5 The Fanatic and talked about, um, well, the Phillies. But the more interesting tidbit coming out of the interview was Bowa’s comments regarding Vince Velasquez. Bowa says the Phillies will pretty much put an innings limit on him.

Bowa: Velasquez has got to mature a little bit. He’s got a great arm – He’s probably got the best arm of all of them. But he’s got to learn that you just don’t throw fastballs up here. And right now, he’s obsessed with strikeouts and a lot of pitch counts, high pitch counts in five innings, it’s been close to 100 the last three starts. He made it to the 5th last time with a big lead. That’s just a matter of him going out there every fifth day. You see the potential there. I think that this guy has got a big time chance of being a top of the rotation pitcher. And, again, just keep throwing him out there.

He’s not gonna be able to pitch a lot of innings this year. I think he threw 120-125 last year. I don’t see any way they’re going to go over 160-170 innings. That’s an organization decision, I just look at his numbers. Usually with pitchers, they’re really cautious of how more many innings they wanna go the next year, so that’s gonna be a decision they’ll have to make.

Missanelli: Does that mean somebody will come up?

Bowa’s not wrong regarding innings. Teams definitely keep track of that and try to control it. The Mets did it with Matt Harvey last year when they went all the way to the World Series.

With the minors and majors last year, Velasquez threw 88.2 innings, according to Baseball Reference. Not sure where Bowa got the 120-125 innings count. Maybe he was checking out Velasquez’s stats from three years ago where he pitched the most innings he ever has in a season with 124.2. He’s had some injury issues over the years, but so far he’s been fine this season.

The Phillies will most definitely protect him. He’s their ace in the hole and with him and Aaron Nola, the Phillies will have a great duo to lead the team into the future. As long as he can stay healthy. And that’s why the team will limit him.

We knew this might be a possibility heading into the season.

Listen to the audio of Bowa below.

Do you think the Phillies should be wary of Velasquez’s innings count this season?