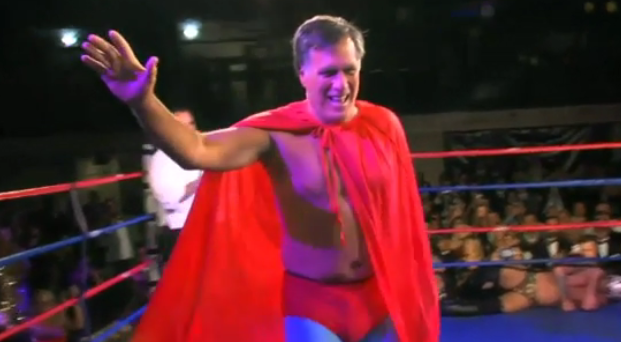 It all went down at an event in Salt Lake City thrown by Charity Vision — an organization run by Romney’s son — and dressed as Nacho Libre, Mitt interrupted a lucha libre contest.

After hitting two of the weakest looking clotheslines ever, the former Presidential hopeful was eventually unmasked. He then played to the crowd while the Rocky theme played.

Watch Romney begin and probably end his career in the squared circle below.