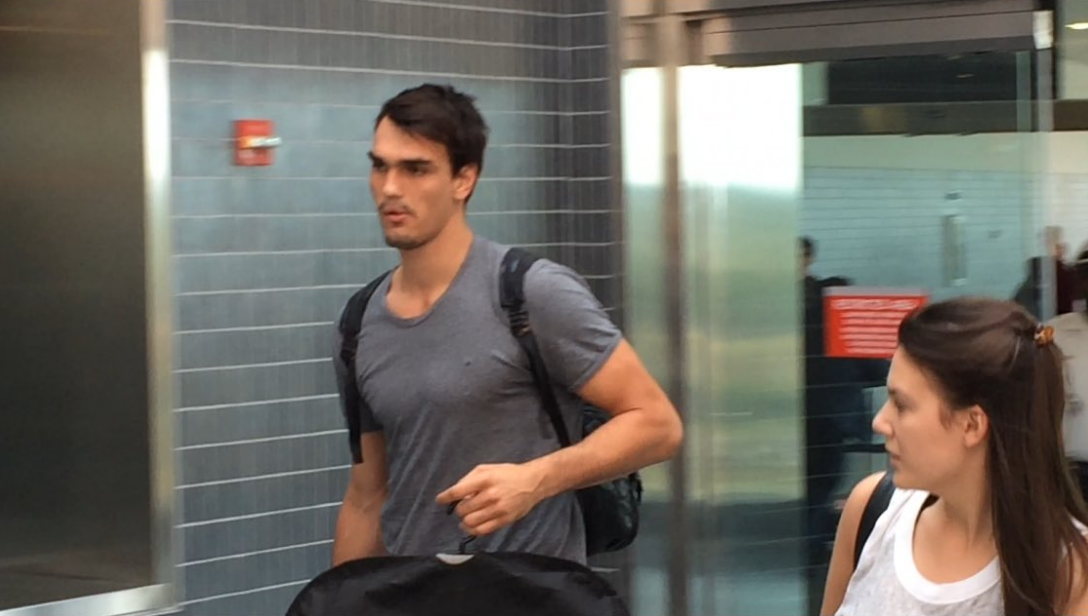 Dario Saric says he is coming to #Sixers now because he gave them his word 2 years ago @CSNPhilly pic.twitter.com/fkMADgv4zo

Dario is losing $ short term but says his "word is the most important thing,"telling #Sixers 2 yrs ago he would come pic.twitter.com/eeLELHpiuV

Here’s what he said during a brief stop with the media.

Saric had until July 17th to decide whether he’d accept his player option with Anadolu Efus or make the move to the NBA. He has yet to play for the Sixers after being acquired in a draft-day trade from the Orlando Magic in 2014. Saric, who was teammates with No. 26 overall pick Furkan Korkmaz this past season, averaged 11.7 points and 5.8 rebounds per game while shooting 40.3 percent from 3.

A Croatian Daily newspaper reported in late June that Saric would join the team after the Olympic Qualifiers were over. Saric’s Croatian team did make it to Rio and the 22-year-old was named the MVP of the 2016 FIBA Qualifying Tournament in Turin.