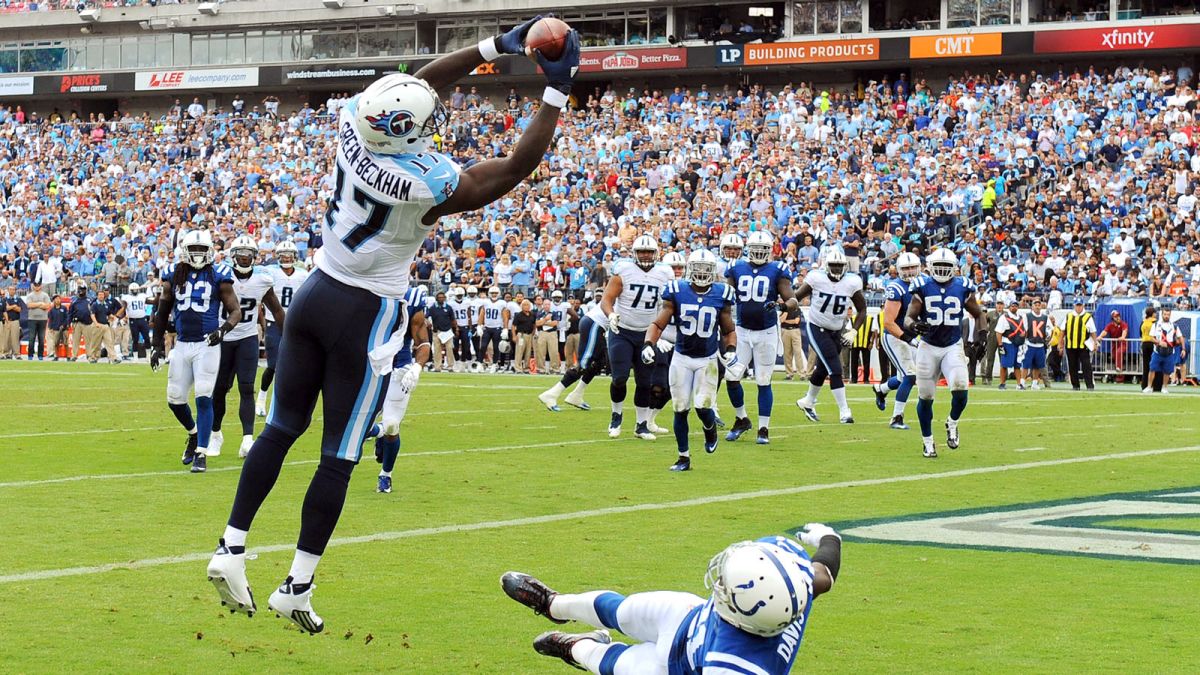 On the field, acquiring wide receiver Dorial Green-Beckham for Dennis Kelly is a no-brainer. Kelly’s not even a starter, and Green-Beckham has the tools needed to overtake Jordan Matthews as the Eagles’ number one receiver.

But it’s not that easy. Because Green-Beckham certainly comes with baggage.

During June’s minicamp, Green-Beckham reported to camp and was labeled as overweight and out of shape. Heading into training camp at the end of June, reports stated that he had lost weight and put on some more muscle and was overall in better shape.

The key for Green-Beckham to succeed seems to be consistency. It’s the same discussion we’ve had with Jordan Matthews and even Nelson Agholor, who the Eagles drafted 20th overall in 2015 while Green-Beckham was still on the board. And his work ethic has caused more questions regarding his shelf life in the NFL.

He was dismissed from Missouri in 2014 after an incident in which he allegedly pushed a woman down the stairs after forcing open her apartment door while trying to see his girlfriend. No charges were filed because the woman was afraid of retaliation.

Green-Beckham accepted responsibility for his actions, saying he was, “Young and dumb.”

Not good. Already seeing red flags popping up. Nobody’s talking about this incident today, and perhaps that’s because in the public’s eyes, the statute of limitations has a short shelf life.

If Titans head coach Mike Mularkey is to be believed, Green-Beckham wants nothing more than to do good for his team.

“Nobody wants to please and do good for this team more than he does,” Mularkey said last week of Green-Beckham, via Titansonline.com. “And I know that. He’s just got to find a way to come out every day and make the plays that are called his way. That’s got to be every day, and it just hasn’t been that way. I’d say (he’s) inconsistent still. It’s bad day, good day, same thing since the very first day.”

So what’s Green-Beckham have to say about all of that? [The Tennesseean]

“Well, really just to keep grinding. Keep moving forward every day at practice, try to compete and try to do the right things. Take those little steps that they tell you to do on the field, take those to heart and try to get better.”

Here are highlights [and maybe some lowlights] of Green-Beckham throughout college and his first year with the Titans.