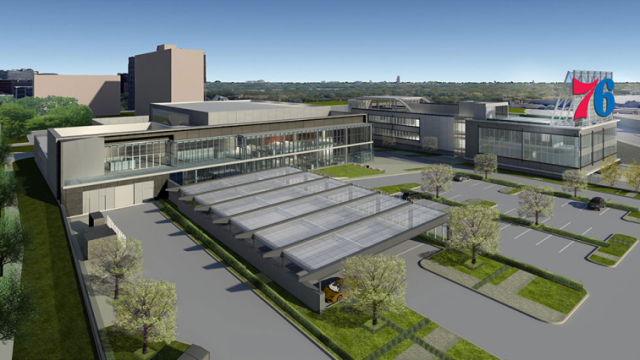 There is a lot of hype surrounding the Sixers upcoming season, mainly for the players that will be out on the court on game nights. However, those players may be just as excited about where they are practicing.

The Sixers are set to open its brand new, $82 million training facility in Camden, New Jersey later this week.

According to the reports, the team will have access to the facility on the waterfront in Camden on Thursday with there being an official ribbon-cutting ceremony on Friday.

The organization is gearing up for the unveiling of its state-of-the-art facility by announcing sponsors.

This expansive building is going to be quite the sight as it was impressive back in the early construction stages, as seen in this Billy Penn piece.

The most anticipated player in recent history for the Sixers, Joel Embiid gave his Intagram followers a sneak peek into this video, courtesy of CSN Philly.

The 125,000 square foot facility does not leave any visitor wanting more. According to this philly.com article, the first floor features two regulation NBA courts and is surrounded by a weight room, a lap pool and a luxurious video room. Additionally, there will be offices for the basketball staff, a hot tub, cold tub, a restaurant, a game room, and a hydration station.