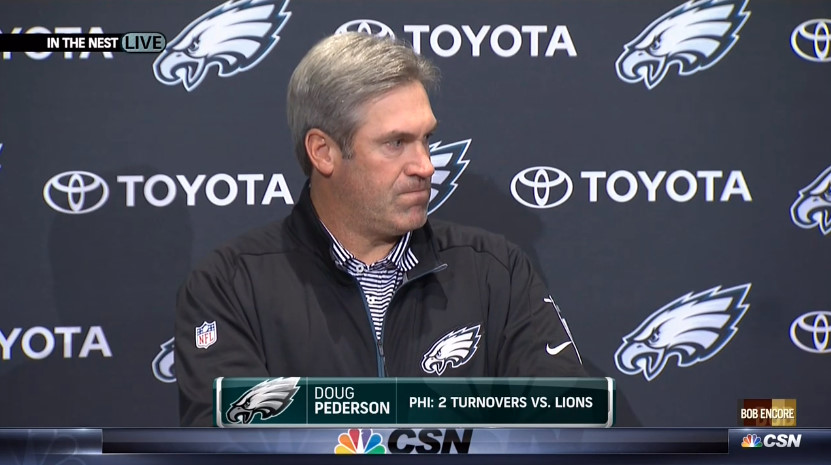 In his press conference today, Doug Pederson insinuated that the ball Ryan Mathews fumbled late in the fourth quarter yesterday was touched by Jason Kelce while he was out of bounds, which should have been ruled a dead ball with the Eagles possessing the football on a fourth down.

Pederson noted they’ll be sending a few clips of the game to the league.

NFL senior vice president of officiating Dean Blandino offered the following explanation of the referees not ruling that Jason Kelce touched the ball while out of bounds.

#PHIvsDET Several twitter questions re this review of recovery of a loose ball late in the game. #Eagles #Lions #UnderTheHood pic.twitter.com/21jdZk1sUV