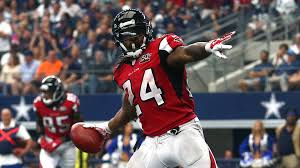 As we make our push for the fantasy playoffs [and don’t forget to play the Pi Fantasy Football Triple Threat Challenge], we look to bolster our bench and make the final decisions on future production. Will Allen Robinson and Blake Bortles come back to fantasy relevance? Do we put trust into guys like Christine Michael and Jordan Howard just as their team’s opening day starter returns?

The world of fantasy football is more unpredictable than the Dow Jones. Sometimes you just have to ride the wave and hope to come out on top. This year coming out on top seems to be a harder accomplishment compared to recent years. I still think consistency has to be the core dilemma in a game that relies solely on past analytics and current trends. The problem is the current trends change in the present game format more times than not. This could be the reason for the recent spike in TV sales during football season. For the longest time everyone thought it was the love of the product, when instead it was the destruction occurring from frustrated fantasy owners all across the world.

On a serious note, there are only five weeks left in most leagues and now is the time to make your push. Check your injury reports often, look over your opponents, be cognizant of weather and when in doubt trust your gut. Good Luck to all this week and remember I am always just a tweet away just in case you want a second opinion.

As always, I look forward to your opinions and feedback. You can tweet me with any questions and leave your comments below. For my statistical hounds out there I will put last week’s stats in parentheses so you can see how I performed. Here are my picks for Week 8:

Ryan Fitzpatrick (CLE) – Fitzpatrick went from taking an ice bath to throwing a football again in a matter of 24 minutes. Once Geno Smith went down, Fitz came in and business picked up. Sure he whined like a baby who didn’t get his Gerber Puffs, but in the end he is still the starter. This week he gets the hapless Browns in front of the home crowd and will go from eating puffs to doing habanero shooters in an instant. Feel safe to ride him this week.

Devonta Freeman (GB) – Tevin Coleman’s injury looks to linger for a few weeks and Freeman is waiting to shoulder the full load. He hasn’t been solo for long this year and this week against Green Bay he will kick it back to 2015. I know Green Bay has the league’s best run defense, but Freeman has that spark that is hard to put out.

Allen Robinson (TEN) – Call me crazy, but this is the week A-ROB puts it all together. He consistently gets the targets to be great, but his quarterback’s accuracy continues to be in question. If these two things do not come together tonight, it may be time to shut this duo down for the season. Last time A-ROB met the Titans, he exploded for a line of 10/135/3. Just like Cher said, you  have to “BELIEVE!”