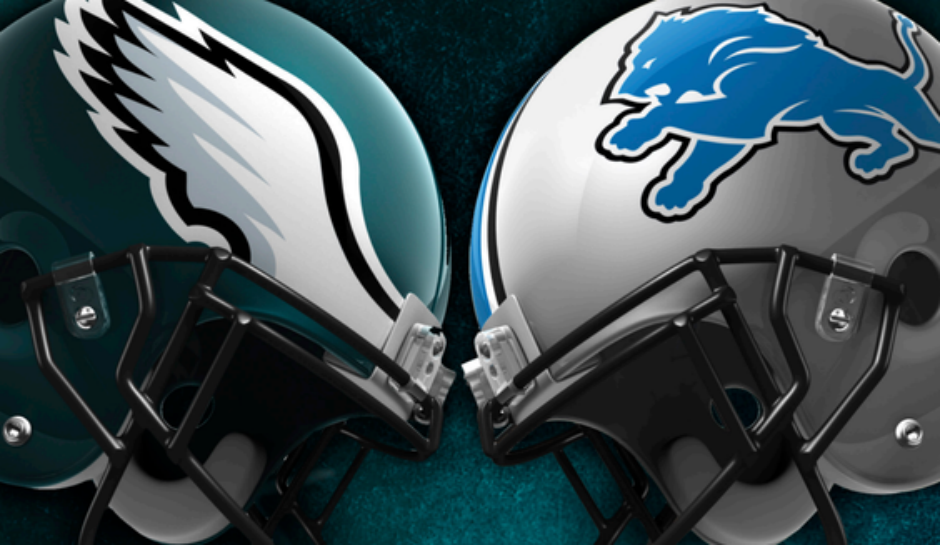 The Eagles are back in action this weekend after what felt like a three-month bye, visiting Detroit to take on the Lions. We’ve got our predictions for the game ready, so let’s not waste any time.

Adrian Fedkiw: On paper this looks like a huge mismatch, especially with the Lions most likely being without defensive end Ziggy Ansah and linebacker DeAndre Levy. Detroit is last in passer rating allowed (120.2) and also in the basement for passer rating allowed on third down (139.2). It’s a perfect opponent for the Eagles to cure their third-woes. They’ve moved the chains on just 30 percent of their third down plays, which is 29th. The return of Zach Ertz should help increase that percentage. The Lions offense doesn’t really scare me without Calvin Johnson anymore.

Tyler Trumbauer: The bye week came at the worst time for the Eagles as the Birds, behind Carson Wentz and the stifling defense, had a lot of momentum going for them. Now refreshed, and just one of three undefeated teams remaining in the NFL, they take on a reeling Detroit Lions team that hasn’t figured out how to put together a complete game yet. The Eagles still have Lane Johnson, for now, which certainly will help and we finally will be able to see those three Tight End packages, with Zach Ertz back and healthy. I think Doug Peterson, an Andy Reid disciple, will follow in his teacher’s footsteps and have success after a bye.

Dave Uram: I’m 0-3 this year with Birds games. Yes, I picked Cleveland. For as well as the Eagles have played, I can’t start picking them now. Lions will win 27-26 on Sunday. If you want some sort of “rationale,” Detroit is “desperate” and the Eagles will “cool off” after the bye. The quotations are meant to be sarcastic.

Tony Cutillo: The Wentz Wagon is ready to run through Detroit and show them what North Dakota is all about. Carson has quickly become the next Rocky Balboa right before our very eyes; but even rocky had a few bad fights. The stage is set for the Eagles to dominate in this game from the return of Jim Schwartz to the inconsistency of Matt Stafford. However, I feel this has the makings of a letdown. Stafford had a meltdown against Vic Fangio’s evil defensive scheme last week giving him plenty of ammo to go out and shine this week. Schwartz will have his defense balling, but our banged up secondary could feel the wrath of Golden Tate and Marvin Jones.

All things considered, I still think there will be a few positives in this game. Zach Ertz will cement himself as the #1 road taken in Carson City and Wendell Smallwood will show why his history off the field has nothing to do with his explosion on it.

The Eagles go down in Detroit, but Smallwood has a breakout game (120 yds, 2 TDs) to show Philly his IG posts of yesteryear were just the signs of an immature street baller. This has all the makings of Charlie Garner’s rookie debut against SF in 1994 that seen him rumble for 111 yards and 2 TD’s. Yeah I went there!

PHL Anon: The Birds are well-rested after a bye week that, although may have been early, it also allowed Zach Ertz and Leodis McKelvin to recover from injuries.

The Eagles’ D has dominated so far this year and currently ranks third in the league in yards allowed per game. They’ve given up only 27 points and no touchdowns in the air. If Wentz keeps playing well, we won’t only be 4-0, but also well on our way to pursuing a playoff berth.

Now, the Lions are struggling. They had a horrible performance last week against a Chicago Bears defense ravaged by injuries. Matt Stafford had a horrible game, throwing two interceptions, and the offense failed to find the end zone. Actually, their only touchdown came on a punt return.

And on top of all that, Ziggy Ansah, DeAndre Levy, and Eric Ebron will be out with injuries, and every Eagle is expected to be available. The matchups clearly favor the Birds. The Eagles’ defensive line, which may be the best in the league, against a struggling Lions offensive line. The Birds lead the NFL with zero turnovers on offense, and the Detroit defense is ranked last with just one takeaway. The Eagles are too good, and have too many weapons for the Lions.

Nick Piccone: Everyone’s on the Wentz Wagon now after an impressive demolishing of the Pittsburgh Steelers two weeks ago. Of course, heading into the bye week with so much momentum sucks for us, but this team has a different aura about them this season. I don’t think the bye will affect them. Remember Andy Reid’s teams coming out of a bye week were amazing. I expect more of the same from Dougie P’s team this weekend.

The Lions aren’t good, and the Eagles’ defense is much-improved from last season. This isn’t even close with the defense shining once again in Detroit. I have a feeling they’ll score a touchdown on Sunday.

Sean Brace: Winner winner! Not an easy game for the Eagles. Surprising effort by Matthew Stafford and company keeps this one close. I still feel like the defense will shine and bail out a struggling Carson Wentz.