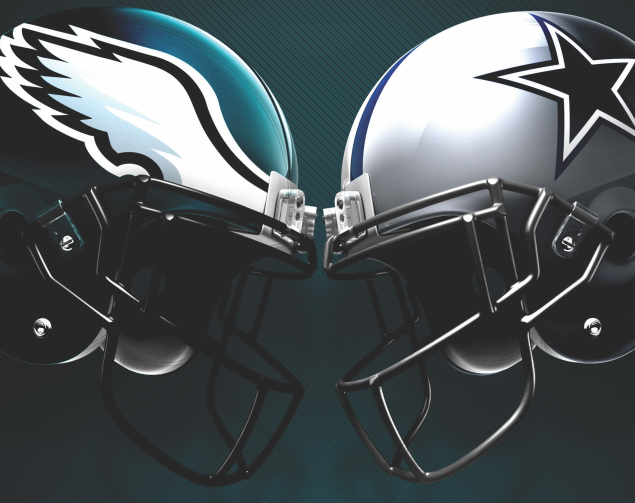 The Eagles are vying to win their fourth straight game in Dallas, but the Cowboys, now led by Dak Prescott, are looking to change their ways at home in Big D on Sunday night. We’ve got some predictions for the game, so let’s get to it.

Ray: The Eagles haven’t shown me the same things that the Cowboys have for weeks. Philadelphia played a great defensive game against Minnesota, but if we’re being real the offense was totally flat, again. I’ve heard people talking about “The Cowboys are coming off of a bye…look what that did to Philly and Minnesota.” Interesting point, but doesn’t come close to telling the whole story. We know about the Eagles and Vikings because they directly had an effect on Philadelphia football. What people don’t realize is that eight teams have had a bye this year and ONLY Philly and Minnesota have lost coming out of it. The six other teams to have a bye and play after have all won. Dallas is at home, playing better football and is probably realistically speaking a better football team right now.

Tony: With memories of Barry Switzer being stopped on 4th and 1, James Willis lateraling his INT to Troy Vincent to cap off a win, Tommy Hutton fumbling a snap, and Luis Zendejas almost getting decapitated, we know Dallas week must be here. Every year the Cowboys and Eagles play in two of the most meaningful games on the schedule. Some years it’s for accolades and others just for pride. This week, it’s for both.

The Eagles sit at 4-2 and have listened to everyone make excuses for why they have a winning record and how their rookie QB isn’t as good as they think. If there wasn’t enough ammunition for them to go out perform before Skip Bayless opened up his mouth, there certainly is now.

We came into this season with the expectation of beginning to build a franchise we can get excited about, but those expectations quickly turned into hopes of a playoff run courtesy of the Wentz wagon. On the other side of the ball we have the hated boys of Dallas, who have shown they are ready to compete too. With the arm of Dak and the legs of Zeke, they are sitting all alone atop the NFC East.

Looking at the history of teams coming off of a bye, I am predicting a flat start for the ‘Boys that could lead the Birds to soar early. This will be the game where Zach Ertz breaks out of his shell and shows Jason Witten it’s his time to shine now. Zeke will get his on the ground, but Dak will feel the wrath of Gang Green early and often in a classic game that will undoubtedly be replayed for many years to come.

PHL Anon: Carson Wentz has hasn’t been as hot the past few weeks, but that is not all or even mostly on him. Most of the offense has been inconsistent. There have been breakdowns on the line, drops by the receivers, and fumbles by the lackluster running back committee. Unfortunately, those weaknesses play right into the strength of the Cowboys currently. While everyone has been talking about Prescott vs. Wentz for weeks, the strength of the Cowboys hasn’t really been in the rookie QB, but rather in their rookie RB. Ezekiel Elliot has been an absolute monster. We will need a big game out of Jordan Hicks in combating him, but also if the Eagles want to win this game they need to be stout up front, create pressure, contain big plays, and try to win the TOP game. It will be a great rivalry game, but unfortunately I see the Birds coming up short this round.

Tyler: The Eagles surprised many, including me, with its performance against the Minnesota Vikings as the birds handed the Vikes their first loss of the season. That certainly served as good springboard into Dallas Week, with first place in the NFC East on the line. The Cowboys are coming off a bye while the Eagles have some momentum.

Dak Prescott is commanding an offense that is bolstered by the best offensive line in football. That same line is helping rookie running back Ezekiel Elliot, who is getting better each week. The Cowboys offense is clicking and if the defense limits mistakes, the Cowboys win games, although the offense does have a tendency to not finish drives. The Eagles defense has been less than superb in the first half of games, but have made up for it in the second half. Also, the special teams has helped dig both the offense and defense out of holes as of late. I see the Eagles offense getting back to its earlier season form and putting up points, but I also see Prescott and company doing the same, and in the second half, which will prove too much for the birds.

Adrian: I know the Eagles have won their last three games in Big D, but they look like a different team on the road and I think they will struggle to generate pressure against the Dallas offensive line. If they don’t, the cornerbacks will get exposed again. It’s also going to be a chore attempting to stop Elliott.

The Eagles should be able to move the ball against Dallas’ defense, but the Cowboys will move it a little better.

Nick: The Eagles have won three straight in Big D, but they’ve all been tough games. Well, except the Thanksgiving one. Dallas seems like a different team this season with Dak Prescott and Ezekiel Elliott, and now Dez Bryant’s returning who always seems to torch the Eagles.

We have Carson Wentz and a better defense this season – maybe the best defense Dallas has faced yet. But they have to come to play like they did against the Vikings. The Vikings have a poor offense, the Cowboys don’t. It’s imperative to get to Prescott and make him feel the pressure and force him into mistakes. They also need to bottle up Elliott because their offense goes through him right now.

I don’t feel good about this because I think Dallas is dangerous. I also thought they were dangerous during Thanksgiving two years ago. So I’m going to assume just as much this time around. I don’t think I’ve picked against the Eagles yet. What a homer.

Sean: Dallas is good. Real good. Zeke and that offensive line is one hell of a combination. They run all sorts of schemes and aren’t afraid to go at you! I hate to say this, but I’m jealous of that rushing attack. Now, with all that being said… I think this is another spot where all the focus is on “what” Dallas is going to do and not a mention about the Eagles defense. A lot like last week. So with that being said… I like the Eagles to go down to Dallas and knock the belly shirt off of Zeke’s back!