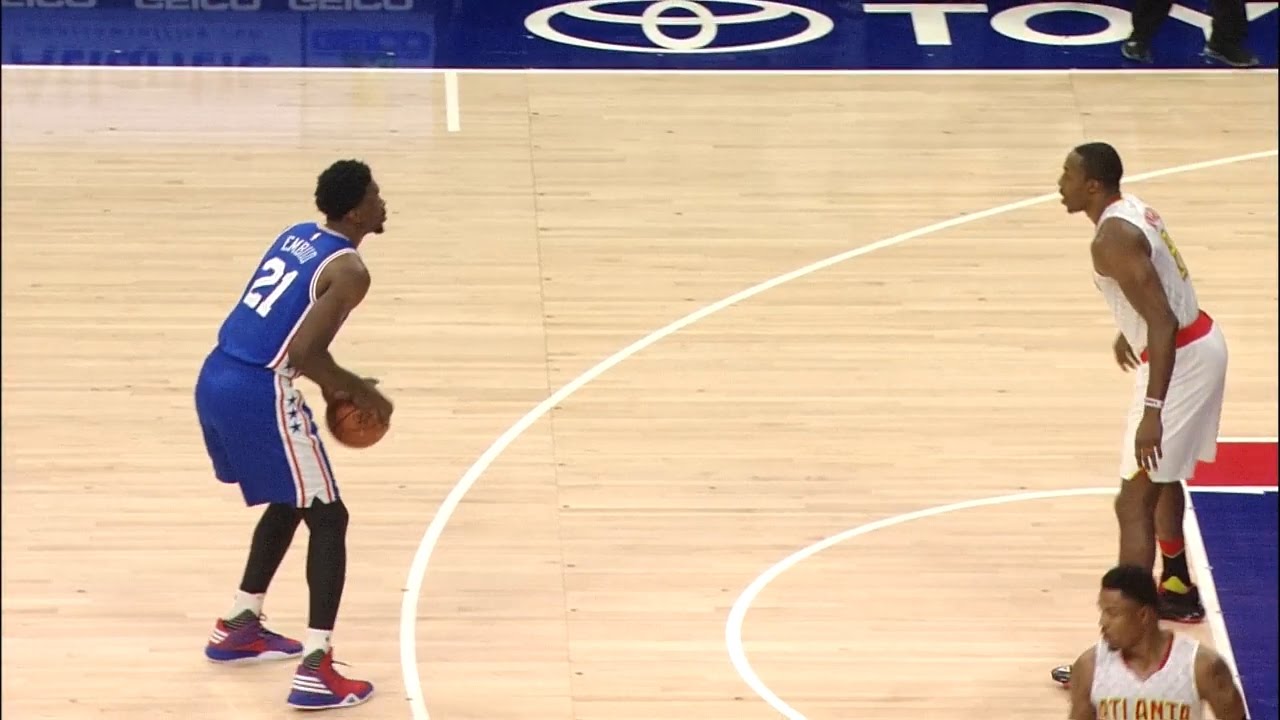 Too bad he was the lone bright spot on Saturday afternoon.

Embiid played 15 minutes, finishing with 14 points on 5-of-9 shooting to go with two rebounds and two blocks, but the 76ers were routed by the Atlanta Hawks 104-72 at Wells Fargo Center.

After posting 20 points, seven rebounds and two blocks in his NBA regular season debut Wednesday night against the Oklahoma City Thunder, the 7’2 Cameroonian showed off his versatile skill set once more. He knocked down some jumpers, put the ball on the deck and finished either at the rim or pulled up and protected the rim.

Here are his highlights.

Embiid played 15 minutes, finishing with 14 points on 5-of-9 shooting to go with two rebounds and two blocks. Here are his highlights. pic.twitter.com/L06eztEfgp

Sergio Rodriguez posted 14 points and five assists and Richaun Holmes was the only other Sixer in double figures with 10 to go with six boards. Jahlil Okafor, again on a minutes restriction, poured in eight points on just 2-of-7 shooting.

Okafor with a nice take on Muscala pic.twitter.com/XF0v3IsHR4

Dario Saric knocked down his first shot of the game after going 2-of-12 in the opener, but the jumper wasn’t a precursor of things to come. He had five points on 2-of-9 efficiency and is shooting just 19 percent in his first two NBA games.

Saric hits his first shot after going 2/12 in the opener against OKC. 8-0 start for the Sixers. pic.twitter.com/QnLQPt1GEY

Paul Millsap netted 17 points, Dennis Schroder tallied 11 points and 11 assists and Kyle Korver added 15 for the Hawks, who moved to 2-0 on the young season.

Atlanta, which scored 22 points of 20 Sixers turnovers, pulled away in the second quarter when Korver capped a 10-0 run with a layup to stake the Hawks to a 48-32 advantage with 2:42 left in the frame.

The Hawks led 53-39 at the break and the Sixers never cut the deficit below 10 in the second half.