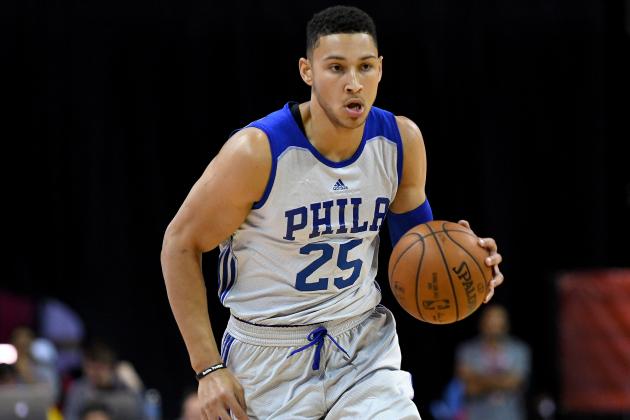 Ben Simmons’ foot injury took a turn for the worse last Friday, and he underwent successful surgery today to repair a broken bone in his fifth metatarsal in his right foot. He’ll be out at least three months recovering. But now, it’s not even a given that Simmons will take the court during the 2016-17 NBA season.

In an appearance on The Mike Missanelli Show on 97.5 The Fanatic, Daily News Sixers beat writer Bob Cooney said he was told by a person he trusted that Simmons’ agent won’t let him play this season.

“I just got off the phone with somebody who I really trust in the NBA, and he said there’s no way his agent is going to let him play this year. That’s an injury that you don’t mess around with. And he said he’s going to keep him off his feet all year.”

You can listen to the rest of the interview here.

Does Rich Paul, Simmons’ agent, really have that much power? Or would the Sixers think about sitting Simmons for the season regardless of his agent? Bryan Colangelo said that the team wouldn’t rush Simmons back, which is a decision most Sixers fans would probably support. They realize this season isn’t a contending one, but they’re eager to see the new pieces the Sixers have gotten work together, especially Simmons, Joel Embiid and Dario Saric.

But Simmons, along with Paul, and probably the Sixers organization, are fit to lose a lot of money if they rush Simmons back from this injury. The original timetable was 6-8 weeks without surgery to three months with surgery. Simmons is a huge face for the NBA and for the Sixers, so it would make sense to hold him out until he’s 100% healthy to get back on the court.

However, there are certainly fans who felt like this year would be the stepping stone to hopefully a long, sustained run of success. This only delays that. Again. Some will want to see Simmons on the court as soon as he’s healthy, maybe around the turn of the new year.

Should Simmons play this season? Should the Sixers let him sit out the entire season? Let us know in the comment section and on social media.