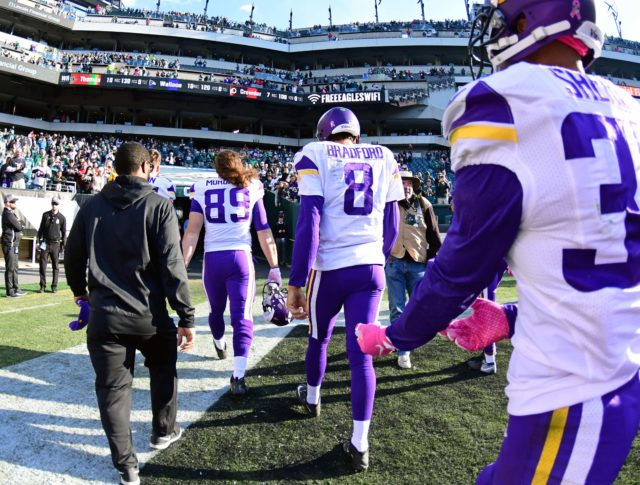 Both Carson Wentz and Sam Bradford had games they’d like to forget yesterday.

But, as is the norm, coaches along with starting quarterbacks usually head to the center of the field after a game and shake hands, win or lose. It’s a weekly tradition, if you will. Except yesterday after the game, Wentz was left searching for Bradford on the field as the Vikings quarterback headed to the locker room when the game clock read zeros.

.@Mfranknfl Wentz looks for Bradford at midfield as Bradford heads to the locker room. pic.twitter.com/UXxAuXmbTn

Bradford said after the game that he didn’t harbor any ill will towards the team. Before the game, the two quarterbacks came together and shared a jovial moment it looked like on camera. So, sure, it could just be a coincidence and maybe Bradford thought Wentz already went to the locker room.