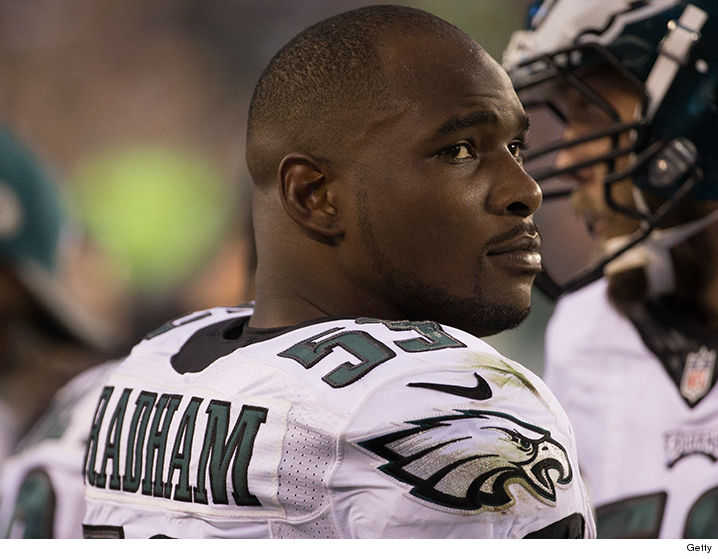 Dave Uram is an update anchor and fill-in host for SportsRadio 94 WIP.

If Chip Kelly were still the head coach of the Philadelphia Eagles, I’d imagine Nigel Bradham would’ve been released after two arrests.

As the current 49ers head coach ultimately mishandled all three players, he would’ve done the same for Bradham, a talented but incredibly dumb linebacker. Or, as Eagles defensive coordinator Jim Schwartz brilliantly put it, “You do dumbass things, pretty soon, you’re going to be labeled as a dumbass.”

Schwartz and head coach Doug Pederson couldn’t be addressing and handling the Bradham situation any better.

For the record, I’ve lost trust that Bradham can handle himself properly off the field.

Nobody really knows what exactly happened in the cabana boy incident from July, but the records show he was charged with a felony according to TMZ. The Inquirer reported a trial will happen January 17, weekend of the divisional round of the playoffs.

The concealed weapons charge this past weekend was flat out stupid. I hate guns almost more than anything in life. I don’t care if most Floridians carry guns. I wish they didn’t, but if that’s the way it is, so be it. However, Bradham forgetting he left his gun loaded in a carry on bad at Miami International Airport is unacceptable.

My annoyance with Bradham aside, he is too important to discipline in house. Pederson is being smart waiting for the NFL or law enforcement to make a ruling. Losing Bradham prematurely during the season would negatively affect the defense too much.

There’s still a chance Bradham could get suspended by the NFL, and if that day comes, the Eagles will need to respond. But in the meantime, kudos to Schwartz and Pederson for calling out the linebacker in the media.

While Schwartz suggested Bradham is acting like a “dumbass,” Pederson said, “I don’t know why anybody would do that.”

Kelly would’ve said next to nothing really fast and probably release Bradham. It’s pretty obvious that the mentality at 1 Novacare Way has changed.