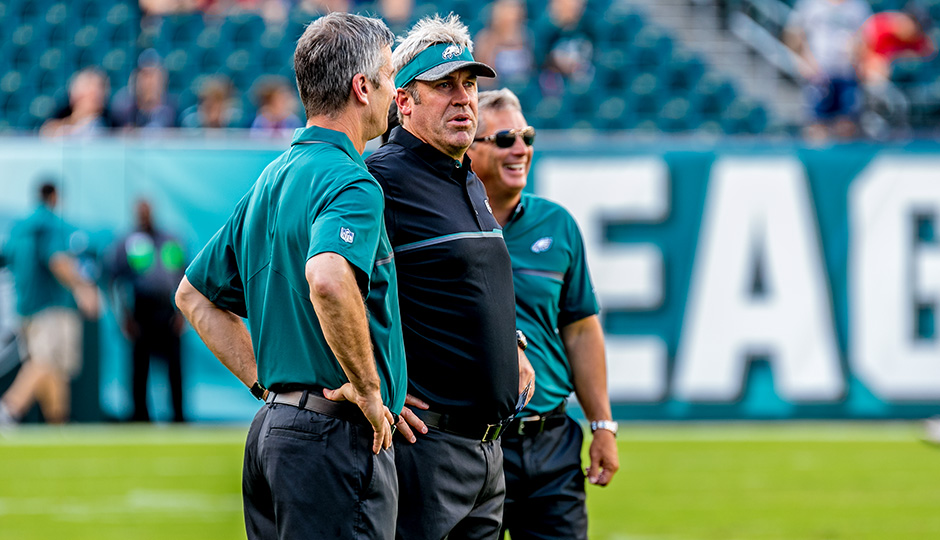 A trio of head coaching vacancies have opened up in the NFL. The Jacksonville Jaguars, Buffalo Bills and Los Angeles Rams all need new head coaches, are Philadelphia Eagles coordinators Jim Schwartz and Frank Reich viable candidates for those positions?

Here’s what Pederson had to say about them during his Wednesday press conference.

While Reich has never been a head coach before, Schwartz had one previous stop as one with the Detroit Lions from 2009-13 when he went 29-52 with one playoff appearance. Andrew Luck set the NFL rookie pass attempts with 627 in 2012.