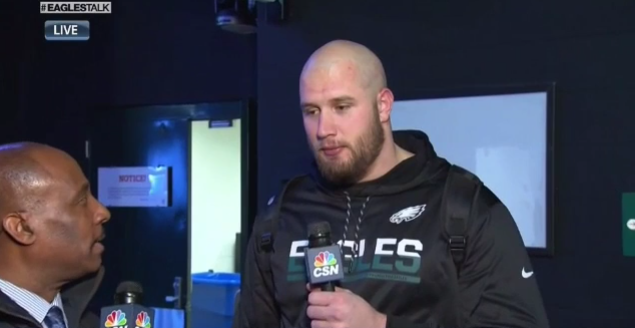 After the Eagles’ 24-19 win against the New York Giants, Lane Johnson spoken with Derrick Gunn on Eagles Postgame Live on Comcast SportsNet. It’s really frustrating listening to him because he’s handled coming back and being thrown to the wolves very well and had a strong game last night. WHY DID HE HAVE TO GO AND GET SUSPENDED!?

Anyway, Johnson admitted he was confused at times because there were plays added that he didn’t know about. He also said he was gassed after the first drive. Way to stay in shape, there, bud!

Good to have him back. Now, just DON’T. TAKE. ANY. SUPPLEMENTS.