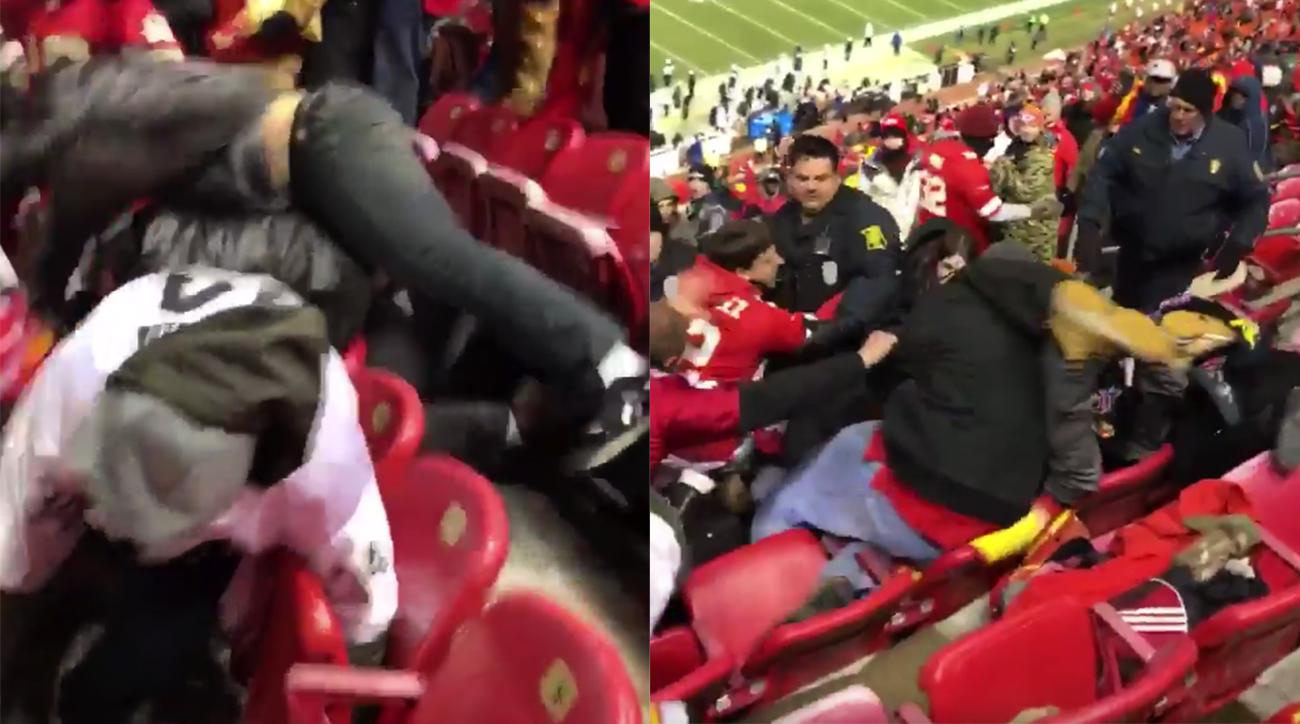 Andy Reid’s Kansas City Chiefs are certainly flying higher than the Philadelphia Eagles these days. Reid and co. beat the Oakland Raiders last night, 21-13, and are now in first place in the AFC West with a 10-3 record. The Raiders also have a 10-3 record, but the Chiefs have now beaten them twice, so they hold the tiebreaker.

But division rivalries often spill over to the crowd, and that’s exactly what happened last night at Arrowhead Stadium in Kansas City. You can watch a brawl erupt that spills several rows in the upper bowl. Those damn Philly fans.