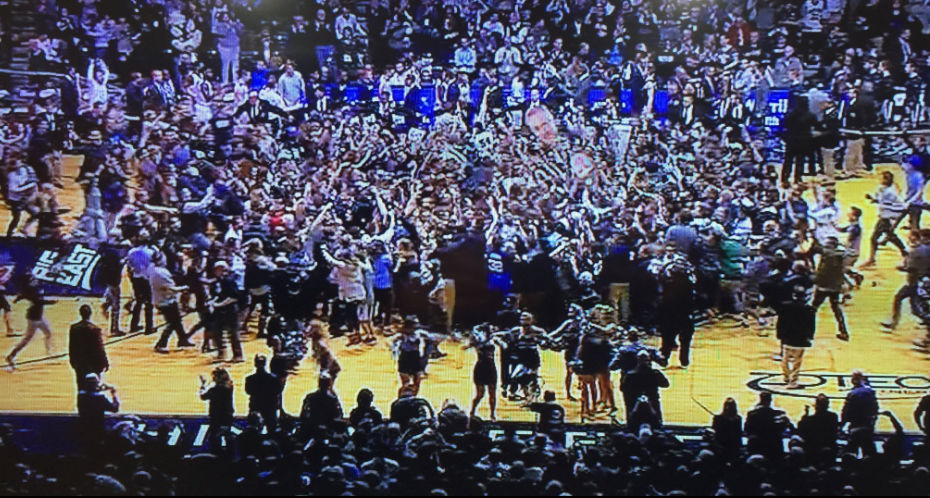 The Villanova Wildcats suffered their first defeat of the season tonight, falling to the Butler Bulldogs, 66-58. The Butler fans, who were told to not storm the court, stormed the court.

The loss snaps the No. 1 team in the nation’s 20-game winning streak.

It’s OK. THE WILDCATS WILL BE BACK!