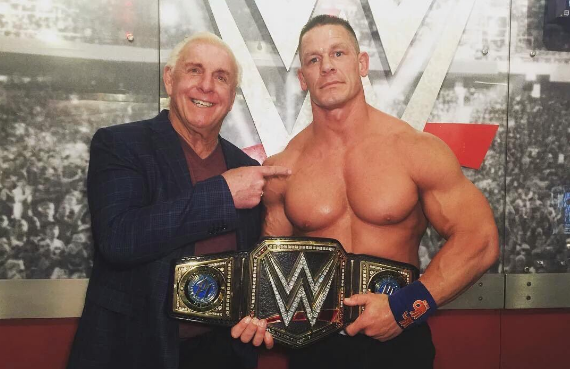 It was a momentous occasion, regardless of your feelings about Cena. He’s been WWE’s biggest asset in history next to Hulk Hogan and deserves plenty of accolades for his accomplishments inside and outside the ring. Sure, he’s never been a great wrestler, but he’s had arguably the best run of his career the last few years. Ever since losing the WWE Championship to Daniel Bryan at SummerSlam 2013, Cena has pretty much delivered in every match he’s been in.

I definitely understand the anti-Cena crowd in terms of not liking someone who’s shoved down our throats and basically having Vince McMahon forcing us to accept his product or turn it off.

Not very many people have turned it off.

So kudos to Cena and his historic championship win last night. He’s taken the criticisms of many people and turned it into general praise. But there are still a few who don’t want to give him the credit.

Regardless of your position on Cena, It’s been quite a ride watching him mature before our eyes into a mainstream celebrity.

Read my entire review of the Royal Rumble here.