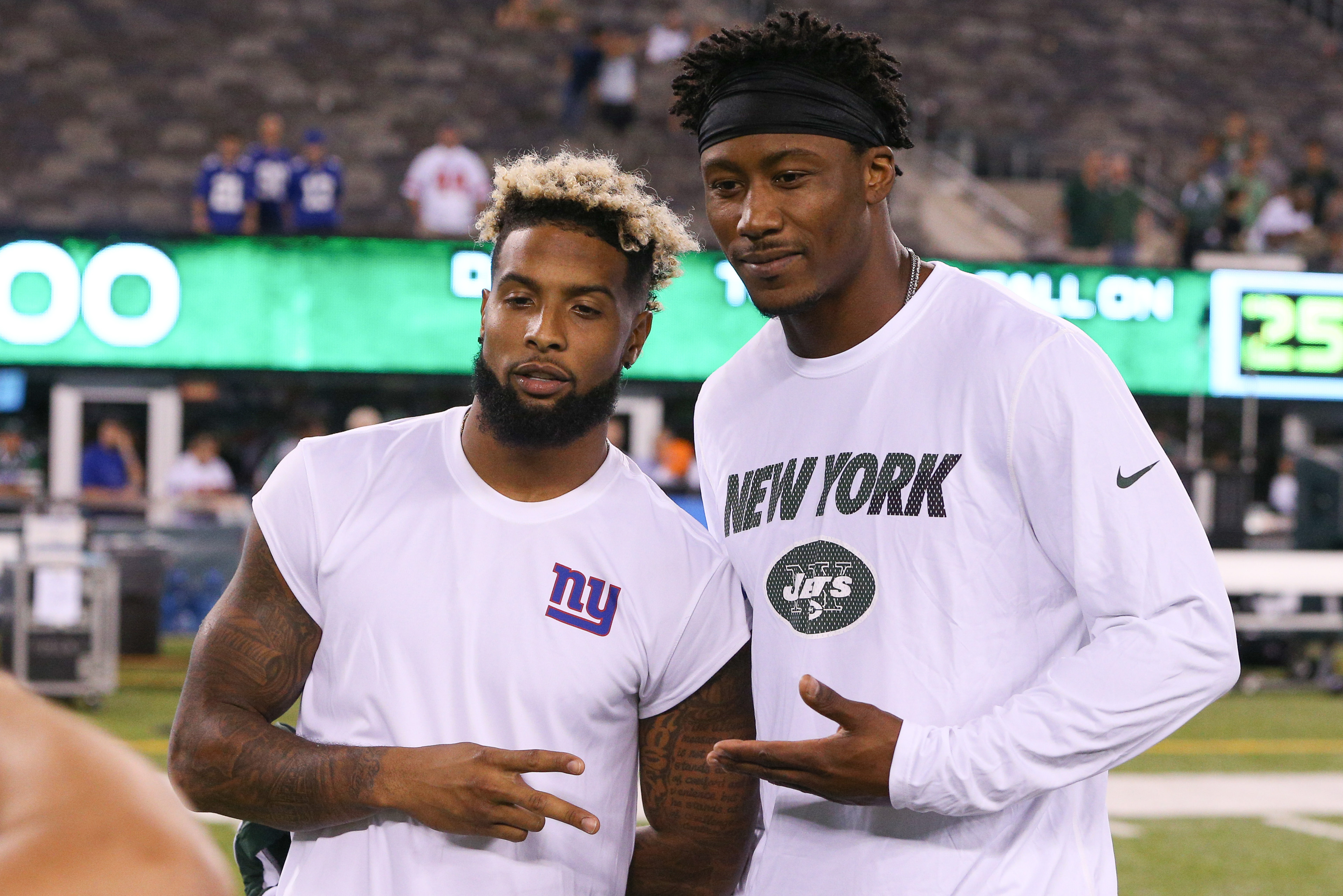 I am a well-documented and unabashed Eagles fan. That’s why it pains me to see my favorite signing of the off-season to date come not from our beloved Birds, but rather from a hated division rival. While the Redskins’ signing of Terrelle Pryor has flown a bit under the radar and could pay big dividends, and in addition to the Eagles’ signings of Alshon Jeffery and Torrey Smith giving them a competent receiving corps for Carson Wentz, it’s the Giants’ signing of Brandon Marshall that has really gotten my attention.

From a football standpoint, the Giants have gotten themselves an upgrade over the departed Victor Cruz. Cruz provided a stat line of only 39 catches for 586 yards and a single touchdown last season. While Marshall’s 59 catches for 788 yards and three touchdowns doesn’t seem to be a massive upgrade, there’s no doubt in my mind that it is. Couple that with the fact that he received abysmal quarterback play across the board and the idea that Marshall had a down year instead of this being the new norm seems pretty plausible. The last time Marshall had a season like this was his last season with the Chicago Bears, netting 61 catches for 721 yards and eight touchdowns.

Marshall bounced back the following year with 109 catches for 1,502 yards and 14 touchdowns. I know that he’s only a week or so away from his 33rd birthday, but that doesn’t mean he’s on the downside of his career. Marshall is one of the all-time great receivers. His contemporary in Larry Fitzgerald is considered one of the greats in the game’s history as well. Marshall’s per game numbers are eerily similar to Fitzgerald.

Marshall has a six one-hundredths of a reception per game edge. He has a just under one yard per game edge and Fitz has a two one-hundredths of a touchdown per game edge. But when you look at the two, the numbers are near identical. Which means it’s fair to think that Marshall could post similar numbers compared to those Fitzgerald posted in his age 33 season. Fitzgerald just posted 107 catches for 1,025 yards and six touchdowns for those keeping track. So, from a football standpoint, it’s pretty easy to extrapolate that the Giants made a damn fine signing. One that will likely have more impact than the Torrey Smith signing and for just a slightly higher per year cost.

But for me, it’s not just the football side that makes this such a great move for the Giants. Marshall has had a track record of blow ups and, at times, difficult behavior on and off the field. If that sounds familiar, it might be because the Giants’ own star receiver, Odell Beckham Jr., has had a similar recent track record of on [and off, if you want to count the Miami trip] the field issues that have brought negative attention to one of the league’s brightest young stars.

In 2011, Marshall sought help and was diagnosed with Borderline Personality Disorder (BPD). BPD is a mental illness that has characteristics that include emotional instability. Now, I’m not claiming that Beckham has the same affliction. I’m not a doctor. What I do know is that since his diagnosis, Marshall has been regarded as a model citizen as well as a vocal advocate for mental health awareness. Having someone who has learned to bring their emotional outbursts under control on the team can’t possibly be a bad thing.

Marshall will be given an opportunity to mentor Beckham. That’s absolutely huge. Marshall is a player that Beckham can respect. In my opinion, if a regular rank and file league average veteran receiver overcame an issue like Marshall has and tried to advise Beckham, it wouldn’t have the same effect. Instead, Beckham has the opportunity have his career molded, his direction changed and his focus enhanced by a sure-fire Hall of Fame receiver.

That potential benefit of helping to get the most out of their franchise player [sorry, Eli Manning] would be worth every penny even if Marshall never caught a ball in a Giants uniform. Instead, I think that they’re getting a hell of a football player, and a golden opportunity to help put the shine back on OBJ.

That’s why Marshall is my favorite signing of the off-season so far.