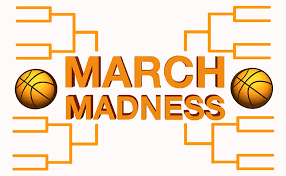 The 2017 NCAA Tournament has given us much to talk about and now we are intrigued to watch the Sweet 16 play out. Leading up to this point we have seen #1 Villanova and #2 Duke both get stopped in their tracks in a bracket we all knew would be unforgiving.  On top of that, we have four teams left in the East bracket (Baylor, South Carolina, Wisconsin, and Florida) who will all look to help their coach get to their first Final Four match. If you couple this with the fact that college’s most heralded conference, the ACC, has only one team left in the mix in UNC, who are doing their best to represent their legacy. We’ve had one unpredictable tournament.

In one weekend, two No. 1 seeds in Gonzaga and Kansas will attempt to avoid being the next top seed to fall, Coach Calipari goes back home to play in Memphis in a game that is Final Four quality (UNC vs. UCLA) and the 2 front runners for National Player of the Year (Swanigan and Mason) will look to lead their team to victory. What else could you ask for? Is your champion still in the mix?

Fantasy Sports Expert and Real Sports Insider Tony Cutillo uses his expertise to answer the questions of who is left and who will be the next team to pack their bags. He offers his unique insight and opinion on who will be left standing. Along with March Madness, he gives us a wide variety of topics that will keep all the  Fantasy Sports, Real Sports and Sports Entertainment Fans sparking up a debate.

* NCAA  Sweet 16 Looks Different….How have the brackets been busted?….We all expect the brackets every year to give us more unsolved patterns than the famous Rubik’s Cube. The first 4 days offer more changes in direction than that old Wiley Coyote in a classic Bugs Bunny cartoon marathon.  While the top teams listed above have all been sent home, there is still a ton of quality basketball left to be played.

I still stick to Arizona being my National Champion as they are joined by Wisconsin, Kentucky and Kansas in the Final Four.  Agree or disagree? Let me know who you have outlasting the pack.

* Fantasy Football…Cam goes Under the Knife? Will this scare off his owners?….In some unexpected news coming out of Carolina, Cam Newtown has gone under the knife to repair a rotator cuff injury that will have him sidelined until mid-July. We all knew Cam was injured toward the end of the season, but waiting until this point to get surgery and risk being unprepared to play in training camp seems odd. Either way this is concerning to the team and his future fantasy owners.

We already know last year didn’t go as planned and now looking forward to this season the red flag is already being waved. This is a QB, who besides Tom Brady, could singlehandedly win you the Super Bowl. However, when owners selected him as a high 1st round pick they never thought he would severely underperform. His status will be tracked throughout the offseason, but as of now he looks like a huge risk headed into this new season. How likely will you be to draft Cam as a top QB this year? Does this injury and his lackluster last year have him falling out of the first few rounds?

* Fantasy Football…..Will the RB take center stage in Round 1?…..For those who follow me on Twitter know I was hyping up the RB position last year and said it would be recreated. After looking at how the year unfolded, it definitely took the first step in recreation and now it looks to form its final product in the upcoming drafts.

As we look ahead, guys like Bell, Johnson, Elliot, Freeman, Gordon and even McCoy could all be 1st round picks this year. This is a far cry from the WR driven drafts we had witnessed over the last several years. For me personally, David Johnson is the top overall choice, but you still can’t go wrong with Bell at #2. Both these guys have an offensive arsenal that cannot be replicated. They both play on teams who consistently feed them the rock and have no ball hawking backups to come in and steal their fame. Will you draft a RB in round one? Is there another who I missed in that list or one who you think isn’t deserving of a 1st round grade?

* NBA….Twin Towers of New Orleans still finding their way. Can Cousins and Davis find a way to play together and win?…..In a move that created an offensive prowess that hasn’t been seen since the likes of Duncan and Robinson, the Pelican’s decided to make an unprecedented move and pair up two of the NBA’s most talented big men in the hopes of being successful. So far, people aren’t sold on the move and the success has been less than stellar.

In their first 10 games together, they combined for a 4-6 record and were being outscored by literally every other NBA team. You say to yourself this shouldn’t happen, right? Unfortunately, players need to adjust to one another and learn how to recreate an offensive system that is tailored to their skills. The problem these two are facing is that there is no supporting cast to swing the ball to and they are stuck trying too hard to make things happen. Will it all come together or will it be a move New Orleans regrets?

* NFL….Retirement over? Marshawn Lynch as a Raider?….Marshawn is bored? Did he always want to play for the Silver and Black? Word out of Lycnhville is that Marshawn misses football and would love to be a Raider. Seattle still owns the rights to him so they would either have to trade or release him for this to happen. With a team that already had a high powered offense last year, this could be move that takes them to the next level. The question is, how much does Lynch have left?

* WWE….Battle of the Big Men….Will Roman defeat the Undertaker?….It’s WrestleMania season and the 2 big dogs are looking to do battle on wrestling’s greatest stage. To be honest, I am not sold on this match and have no idea what it is set out to prove. The Undertaker is in dire need of retirement and Roman has already done a great job as being billed as a heel. When Roman unleashed his spear on wrestling’s one true Phenom, the pain was felt in every living room around the world. How is he going to hold up for an entire match when he can barely make his way to the ring?

* Golf…..Tiger Woods making a comeback for the Masters….Will it be a wasted effort?….We all remember Tiger right? In another comeback adventure, Tiger Woods is looking to the Master’s to finally find a spark in his game. Woods seemed to finally be healthy late last year when he made his long-awaited return at the Hero World Challenge, but another injury derailed his progress and is was back to the rehab world once again.

Woods experienced back spasms after a poor first round at the Dubai Desert Classic and withdrew from the tournament. Now, just 17 days away from the Master’s he trying everything to have a chance to make the cut. Will we ever see the Tiger of old?

* Creator and Reporter for fantasysportsaddiction.com

* Weekly Radio Guest on Many Live Sports and Lifestyle Networks