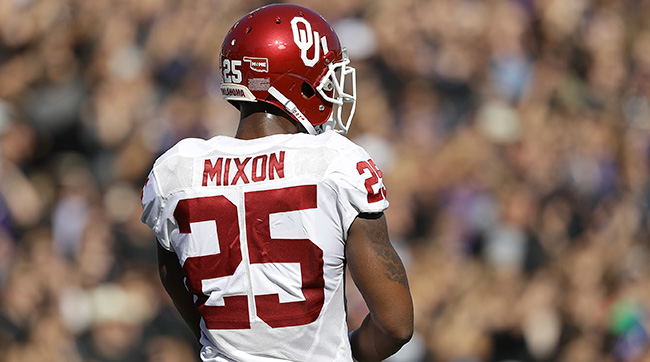 The NFL Draft is less than a week away and the reports of shady background checks, failed urine tests, and character downfalls continue to populate everyone’s Twitter feed. Some of these reports are mere speculation and a percentage does hold a specific amount of credence.

Elevating your game to a professional level is all about athletics, but the maturity side cannot be ruled out. As a professional player in any sport, you represent your city and your team wherever you go. In the days of social media and highly accessible mobile phones, nothing you do goes unnoticed. So far this year, there have been numerous reports on guys like Joe Mixon and Reuben Foster, leaving us to question their draft status. If you were a GM, would you accept past and/or present baggage to acquire supreme talent?

Dive further into this issue with Fantasy Sports Analyst and Real Sports Writer Tony Cutillo as he welcomes all comments and opinions. He uses his expertise to elaborate on all the top stories of the week while using his perspective to gauge interest. Here are his other sticking points he has up for interpretation this week.

-NFL: 2017 regular season schedule released … Why does everyone all over America find the need to project a team’s wins and losses as soon as the schedule comes out? We all know the teams will change by the time the season starts, which turns this period into a senseless segment of jargon that just fills in the time slot until minicamp. Am I wrong?

-NBA: The playoffs are exceeding expectations … LeBron James has looked like the second coming of MJ and the Greek Freak continues to make the GM’s who passed on him sound like the teacher from Charlie Brown when asked for an explanation. Jason Kidd is cementing himself as the next Pop and the Raptors are still trying to find a spark. The wingspan of the young Bucks are prevailing over the finesse shooting arc of the wily Raptors.

On other fronts, Tony Parker has found the fountain of youth, the Jazz are going down with Rudy’s knee, Memphis is riding the back of Zach, the Celtics are going through tragedy and the Bulls seem to be reborn. Will the real Dwayne Wade please stand up. If you watched the first two games, you now that he already did! Can he keep up this pace?

-Fantasy Baseball: Clayton Kershaw keeps his owners happy … Kershaw has been a dominant pitcher in the early stages of a brilliant career and was the #1 pitcher selected in most fantasy drafts this year. To say he has performed well is an understatement.

When selecting a pitcher in the high rounds of a draft your expectations are high for wins, innings pitched and strikeout totals. So far this year he is 3-1 with 28 innings logged and 32 strikeouts. This guy is certainly a man among boys. The only question is, “Can he keep it up?”

-Fantasy Football: Jordan Howard a Top 10 pick? … The Chicago Bears are going through a climate change as they have moved on from Jay Cutler and Alshon Jeffery. They decided to go with Gangster wanna-be Mike Glennon and the ever fragile Kevin White. The only guy who makes this roster formidable is Jordan Howard. In his first year, he exploded on the scene with 1313 yards and 6 TD’s in an offense that still was trying to find life early on. If you add in his 50+ targets in the passing game, you could be looking at the next all around fantasy gem. Would you pull his card early in the draft? What’s the highest you draft him in a PPR League?

-WWE: Is Braun Strowman the Next Big Thing? … Vince McMahon always seems to get what he wants and now he has another monster to ride. As Goldberg fades away and Brock Lesnar still sticks to part time work, Braun is showing he can take over a show with one flip of a wrestler or an ambulance. It is just a matter of time until he is wearing WWE gold? Do you think he is capable of leading the charge?

*Creator and Reporter for fantasysportsaddiction.com.

*Weekly Radio Guest on Many Live Sports and Lifestyle Networks.