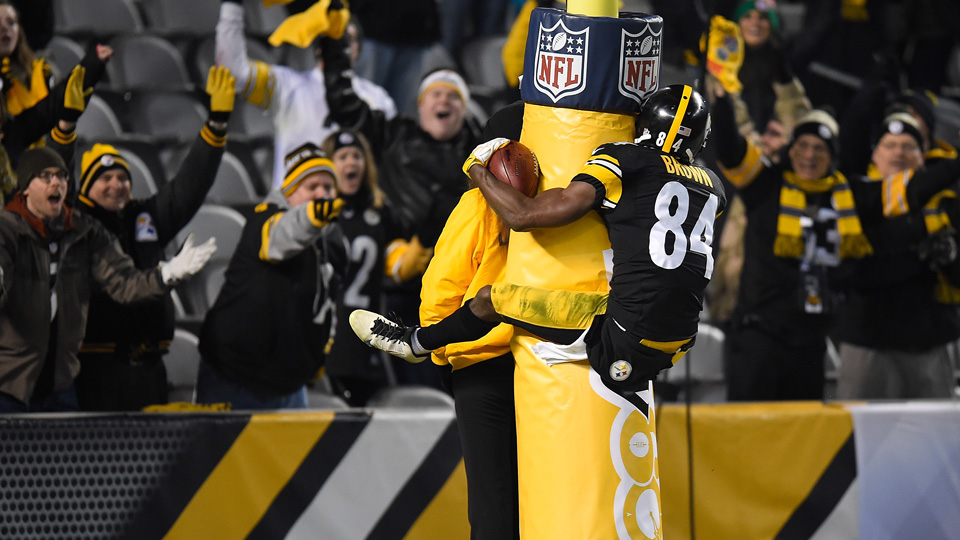 Is Roger Goodell trying to win back an audience that he’s alienated for years? In a stunning reversal of logic, the NFL finally deciding to ease up on penalties for on-field celebrations in an obvious effort to insert a little bit of fun back into the league. The standards are said to be just slightly relaxed, but it is a positive step in the right direction.

On-field celebrations now permitted are “using the football as a prop” after a touchdown, “celebrating on the ground” and “group demonstrations.” However, offensive demonstrations, celebrations that are prolonged and delay the game, and those directed at an opponent will still be penalized with the same frequency.

In an effort to crack down on these public displays, the NFL asked their officials to keep a watchful eye out and enforce the existing rules. With that being said, celebration penalties rose drastically throughout the season. For example, Antonio Brown of the Pittsburgh Steelers was penalized in Week 1 for twerking after a touchdown and Josh Norman of the Washington Redskins drew a penalty and a fine for miming shooting an arrow.

Fans have long wanted the NFL to lighten up. Commissioner Roger Goodell told reporters that the moniker “No Fun League” had been thrown around since he was an intern in the league office. Goodell also said he was looking forward to seeing what players would do with their newfound freedom of expression. For the very first time, I agree with the commish!

Dive further into this topic with Fantasy Sports Analyst and Real Sports Writer Tony Cutillo as he welcomes all comments and opinions. He uses his expertise to elaborate on all the top stories of the week while using his persepctive to gauge interest. Here are his other sticking points he has up for interpretation this week:

-NBA. Is the NBA a stale product? As the NBA Playoffs continue to take shape, the enormous amounts of mismatches and blowouts have become commonplace in a league that prides itself on parity. The Golden State Warriors were preseason favorites and stuck to that prediction by going 12-0 so far leading up to their NBA Finals appearance. Even when Jordan and the Bulls were on their three-peat streak, they still encountered the constant 6-7 game series against teams like New York.

On the other hand, there were some exciting games to watch like the Grizzlies/Spurs overtime thriller and last second buzzer-beater exchanges between the Wizards and Celtics. What’s your take? Do you think the NBA has become unwatchable?

-NFL. New helmets to make an appearance in 2017. We are all aware of the NFL head injury problem and now it looks like the league is finally ready to do something about it. After years of outright denial, the NFL has finally begun to acknowledge its ignorance through payouts, research grants around traumatic brain injuries, and initiatives like the Head Health Challenge, which gives grants to companies working on advancements in football-related head health. One of those grant recipients was VICIS.

VICIS has developed what they describe as a “soft helmet” called the Zero1 that could provide significantly more protection for NFL players. An article from Inc. Magazine states that 25 of the 32 NFL teams have purchased stockpiles of the new Vicis helmets to distribute to their players during spring practices and team activities. Now we have to wait and see if they work. You can read about it here.

-Fantasy Baseball … Is Mike Trout the consensus #1 pick for the next 10 years? Players come along from time to time that make you believe the National Pastime still has a long way to go before it’s put out to pasture. Trout is one of those players. On the MLB level and the fantasy playgrounds, his name is always at the top of the boards. His uncanny knack for natural power and baseball IQ are things you do not see every day. The 25-year-old slugger is off to a monster start in 2017 and has already embarked on a prestigious milestone. Just a few weeks ago, he became the youngest player in MLB history to reach 150 home runs and 150 stolen bases, a record previously held by Alex Rodriguez. Is there any question he isn’t #1?

-Fantasy Football. Could Joe Mixon have an immediate impact for the Bengals? Joe Mixon seemed to land in the NFL’s version of the Badlands. If there was any team to draft the exciting, but problematic running back, it would have been the Cincinnati Bengals. With all the misfortunes and sideshow material, Mixon is still going to be a force on the football field.

The Bengals’ backfield is in disarray with Giovani Bernard still recovering from an ACL injury and Jeremy Hill constantly falling out of favor with the coaches. This leads us to the obvious insertion of Mixon into the starting lineup and predicted production for fantasy GMs. I feel he will lead the race through training camp and be the starter from Week 1. This could set up for a monster year. Agree?

-WWE. Is Alexa Bliss the new Trish Stratus? The women of the WWE have continued to make their mark on the industry and Bliss has shown she is ready to lead. Trish Stratus was always good with her mic skills and Bliss seems to be following in her footsteps. In the wrestling world, promo skills are just as important as the matches. If you can’t talk, you can’t draw. Do you think anyone can give a better promo?