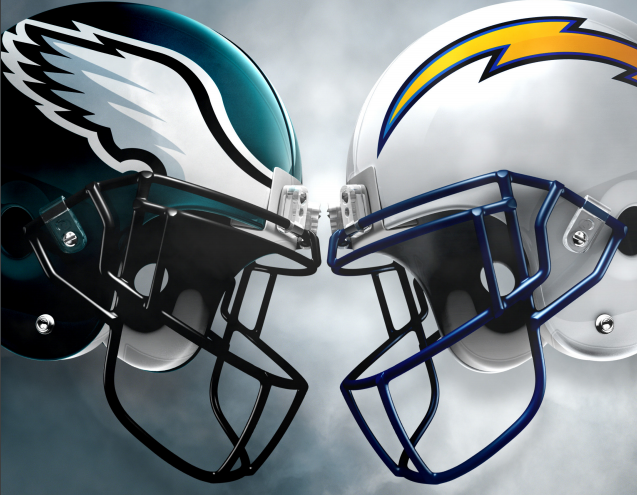 After a huge victory in last week’s home opener at The Linc, the Eagles are once again hitting the road and playing on the West Coast this Sunday afternoon their third road game in the last four weeks. They’ll play inside the StubHub Center, the L.A. Chargers’ new home, against a team that’s yet to win a game this season.

If you thought the New York Giants coming into The Linc at 0-2 was a desperate team, the Chargers will be just as desperate trying to avoid an 0-4 hole.

RELATED: Check out our predictions for last week’s Eagles vs. Giants game. How’d we do?

When you come off a hard-fought divisional battle with high drama, high scoring, and a franchise record-setting field goal, it’s usually a setup for a trap game. Forget the time difference, forget the threat of Melvin Gordon, the Eagles will win this game. The Chargers’ inability to stop the run and Philip Rivers passing struggles should continue against a dominant front seven and a secondary that gets Rodney McLeod back.

Doug Pederson will be a focal point of Birds fans all next week as well. The 0-3 Chargers can’t be taken lightly. Their losses were really close and they feature a veteran, albeit turnover prone, quarterback in Philip Rivers. But, the Eagles are better on paper and can win this with ease, especially if they predominantly run the ball against the 31st ranked rushing defense in football, rather than pass against the 5th best pass defense featuring potent rushers Melvin Ingram and Joey Bosa.

The problem is Pederson will continue to make questionable decisions like going for it on 4th-and-8. He’s as unpredictable as they come. Pederson will luck out and the Birds will win because they’re better. It will be close because of Pederson and I’ll continue to feel that way until he stops getting lucky.

The Eagles gave us a reason to rejoice against a formidable NFC East opponent, but came out the game with many question marks. Darren Sproles is done for the year and Fletcher Cox looks to be on the mend for a few weeks, which leads us to wonder how they will compensate. Corey Clement looked to fill in nicely and Beau Allen can hold his own in the middle, but neither can hold a match to the players they are replacing.

Looking into the Crystal Ball for this week’s game, I see another running attack right from the jump. The Chargers have shown they can be run on and have a weakness up the middle. That being said, Philip Rivers is the best quarterback the Eagles have faced so far, and Melvin Gordon – even though only averaging 3.2 YPC – is still a beast in the backfield. McLeod’s back, but Rivers could expose the inexperienced secondary. This is a tough game on the road and one where I feel the Eagles will come up short. #FlyEaglesFly

This has all the makings of the prototypical trap game. The Eagles are coming off the highest of highs following Jake Elliott’s 61-yard game-winner and now have to travel all the way across the country to play in an MLS stadium the Chargers call home. I expect the Eagles to come out flat going against an 0-3 team that’s better than their record indicates. There’s something about this team that feels different. After the Birds fell down 21-14 last week, that was surely a game they would’ve lost last year. When the Eagles played the Lions last year in Detroit, a similar scenario, the Birds laid a dud. I think they’ll start slow again this week, but find a way to win in the end. This team has a different feel to it.

The Eagles showed me they were a good team last week, despite barely squeaking by the New York Giants. But when you take into account the injuries that plagued the team on defense, and the fact that every division game is never easy, the Eagles showed me something. The entire narrative heading into this game is that it’s a trap game, and I can see that. However, let’s hope this team has learned from last season, and they won’t let themselves get set up for a letdown.

The Giants were terrible against the run and Doug Pederson’s play-calling resulted in successfully running the ball 30+ times. Well, the Chargers are just as bad, so I’m hopeful the Eagles bring that exact same game plan to L.A. that worked last week in Philly, and come home with a win. Bold prediction: Carson Wentz and Torrey Smith connect on a deep ball. 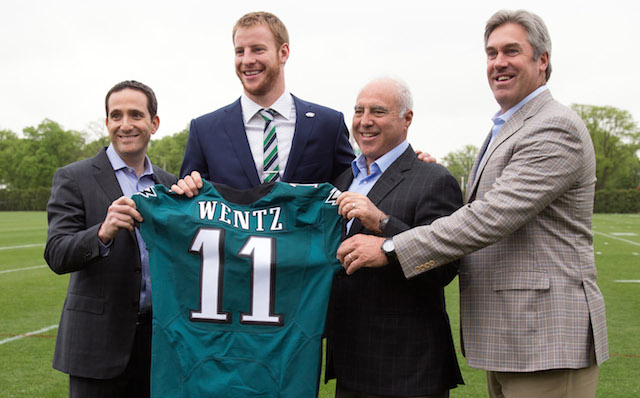