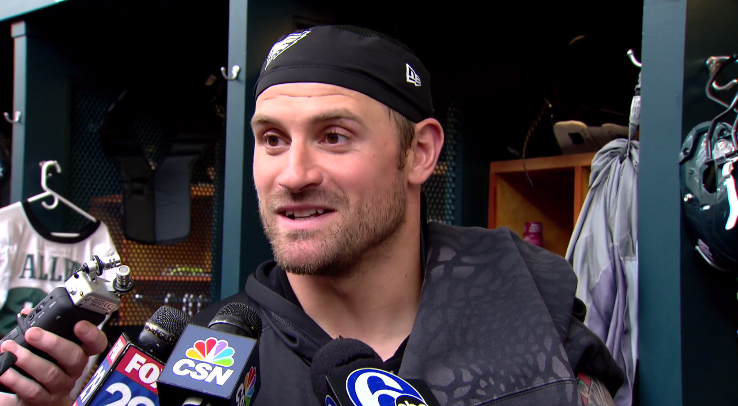 After donating his first six game checks to fund scholarships in his hometown Charlottesville, VA the veteran defensive end will donate his final ten checks from 2017 to educational organizations in Philadelphia, St. Louis, and Boston.

He is doing this as the start of his newest charity: Pledge 10 for Tomorrow.

Hear from @JOEL9ONE on his decision to donate all of his game checks for the 2017 season to support educational equality. pic.twitter.com/uh1GqiEoH0

The base salary for the 32-year-old defensive end is one million dollars. Having a player like Chris Long in our corner is just what the doctor ordered for Philadelphia. Someone who is willing to play an entire season for charity and continue to be a fierce competitor on the field is almost unheard of.

This is one of the coolest stories to surface this year. With all of the negative news in the world it is a breath of fresh air to see something like this. It’s even better that he’s doing it in midnight green.

For more about Chris Long’s decision to donate his remaining 10 game checks, follow this link.