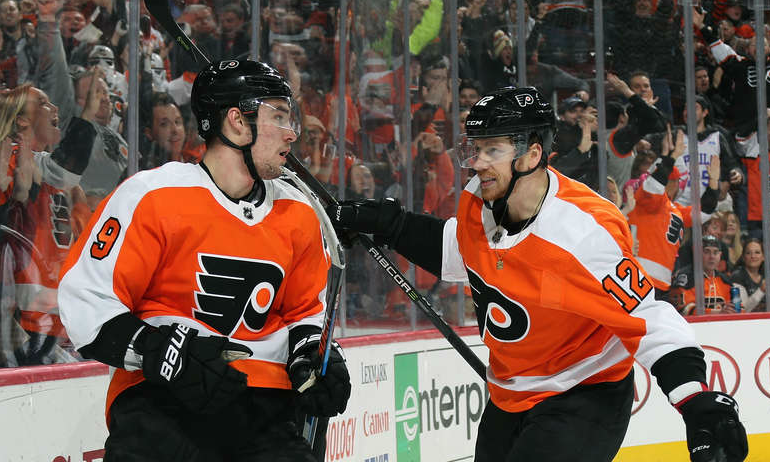 On Thursday night, the Philadelphia Flyers had a chance to clinch a playoff spot and keep their destiny in their own hands. The Flyers did take the win from the Carolina Hurricanes, but because the Florida Panthers won as well, they couldn’t clinch a playoff spot. The magic number is now only one with the Flyers’ season ending on Saturday.

Saturday’s game against the New York Rangers comes down to one thing: They win, they’re in. Sound familiar? In 2010, it was the same situation and the Orange and Black made it all the way to the Stanley Cup Final that year. Yes, it was heartbreaking, but it was a fun ride.

To be exact, if the Flyers just get to overtime on Saturday, they’ll punch their ticket to the playoffs.

Claude Giroux continued his dominant season and is now tied for second in the league in points with 98 on the year and is making a strong push not only for his first 100-point season, but also for the Hart Trophy, which is the league MVP. Jake Voracek also potted the game winner and Shayne Gostisbehere, who won the teams defender of the year award, added two more assists to his impressive offensive season.

In the 4-3 win against Carolina, Brian Elliott returned to the ice for the first time since February and the gamble from coach Dave Hakstol paid off. Elliott did allow one weak goal, however he kept the Flyers in the game when they were down 2-1 early.

If the Flyers win on Saturday and clinch a playoff spot, they’ll need Elliott to continue to be solid for the team as it seems like they will either be playing the Bruins or the Lightning in the first round which is going to be no easy task.

For the first time in a long time the Flyers are healthy, they have their starting goaltender and it seems like they are clicking as they have points in their last nine games. If they can continue that streak through Saturday and get at least a point out of the Rangers, we will be getting some playoff hockey once again.