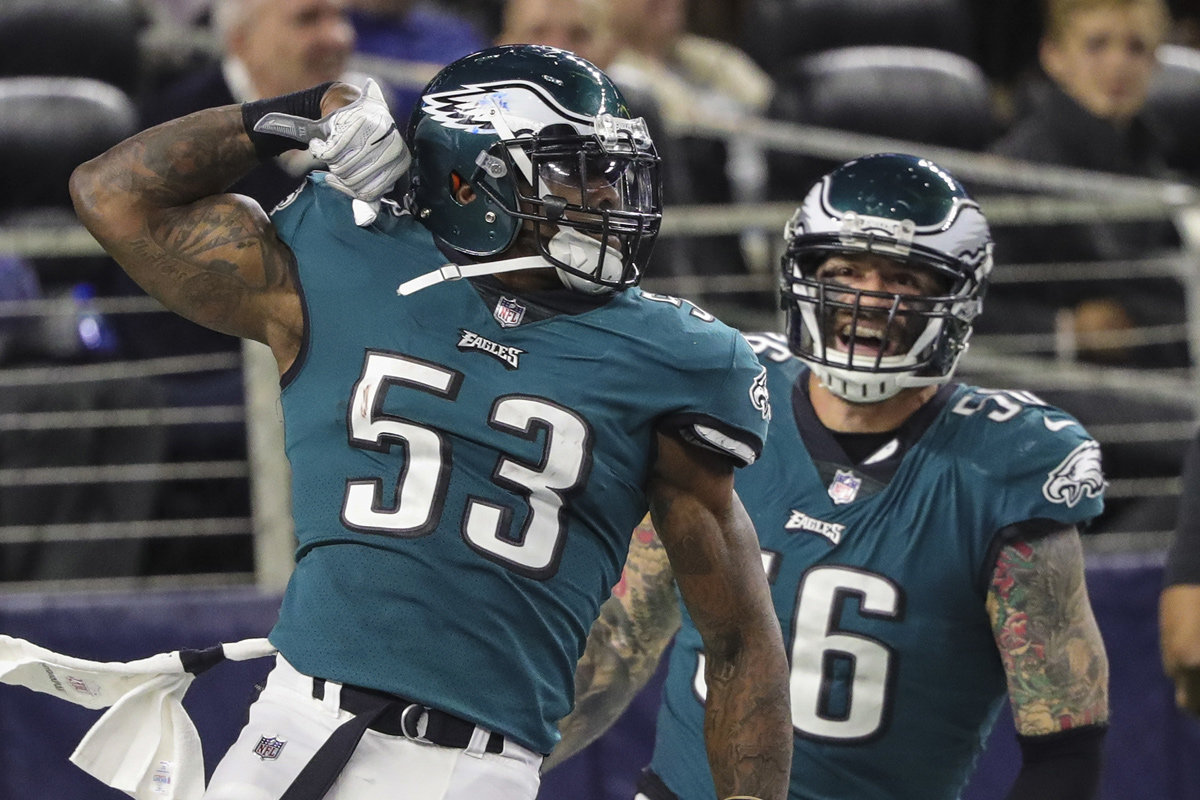 According to ESPN’s Field Yates, Eagles linebacker Nigel Bradham has been suspended for the season opener against the Atlanta Falcons.

Source: Eagles LB Nigel Brahdam has been suspended for the first game of the 2018 NFL season.

UPDATE: Bradham released a statement, confirming it stemmed from the July 2016 incident at a hotel.

I would like to apologize to my fans, coaches, teammates and the entire eagles organization for the 1 game suspension.This stems from a July 2016 incident and the matter is now resolved.I look forward to giving it my all this season and helping the team win another Championship