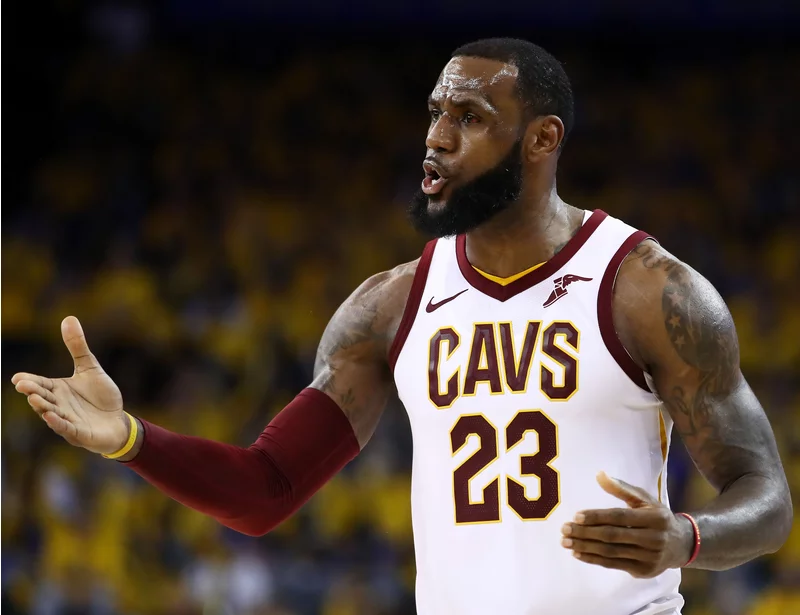 A surprising 52-win season and two potential superstars can’t cover up the truth about the 76ers.

The roster is young and fun. The coach is likable and extremely complimentary of the customer, paying or not.

But, ownership is inexperienced in running a sports franchise, and that’s a kind way to describe their level of expertise. The time used to make a decision on the fate of former President of Basketball Operations Bryan Colangelo amid his Twitter saga is the latest indication.

LeBron James just lost in the NBA Finals for the sixth time. Michael Jordan won six in as many tries. It would be shocking if he stays on a Cleveland roster with little upside or supporting cast. Not that drama doesn’t follow James everywhere he goes, but as he approaches his 34th birthday, why bother coming to a Sixers team where there’s controversy every single season?

Why comes to a team whose owners endorsed Sam Hinkie to allegedly “tank,” with managing partner Josh Harris describing the 19-win 2013-14 campaign as a “huge success.”

Why trust a franchise who, based on speculation, phased Hinkie out, possibly amid pressure from the NBA, to which resulted in a 13-page manifesto from the polarizing former general manager?

Why join a franchise who quickly hired one of their executive’s sons as a replacement, coincidence or not, allowing the younger Colangelo to display similar lack of transparency as his predecessor?

Why go to an organization who will be employing its fourth general manager since the current ownership group bought the team about seven years ago?

James is a very smart business man. Is it a smart business decision to arrive to a team with the current owners in place, led by Harris and David Blitzer, after enduring an up-and-down relationship with Cavaliers owner Dan Gilbert?

Unless the Sixers hire former Cavs general manager David Griffin to replace Colangelo, the answer to the first five questions is “I don’t know” and the sixth is simply, “No.”

According to Stephen A. Smith, there are seven squads “in the mix” for James this summer. They are the Sixers, Cavaliers, Warriors, Celtics, Rockets, Lakers and Heat.

These are the 7 teams in the mix for LeBron James. pic.twitter.com/XfqwUKTwBI

From solely a basketball stand point, Houston makes the most sense because he could potentially team up with James Harden and free agent Chris Paul, who came to within one game of beating Golden State in the West. The Sixers lost to the Celtics, minus Kyrie Irving and Gordon Hayward. The Cavs barely beat Boston with those two out.

James may not catch Jordan’s six crowns, but that doesn’t mean he wants to stop winning. The Rockets give him the best chance for that, featuring a front office much less controversial and way more experienced.

The Sixers are talented enough to be an attractive spot, but there’s more to success in professional sports than the player’s suiting up everyday. Continuity in leadership is, most of the time, required as well.

• It was an unprecedented week and a half of Philadelphia sports. Between the Bryan Colangelo Twitter fiasco to the Eagles being disinvited from the White House, actual “sports” took a back seat to these off-court and off-field controversies. One could argue that these are, at least in part, a product of the social media age. Obviously, the “burner” accounts of Colangelo’s wife, Barbara Bottini, are directly tied to Twitter. President Donald Trump’s opinions, about any issue, often come via his Tweets. In other words, these stories probably don’t exist prior to 12 years ago when Twitter was founded. It’s amazing how times changed.

• Gabe Kapler is caught over-managing again. Whether it’s his defensive shifts that aren’t working, or not leaving Seranthony Dominguez in Wednesday’s game at the Cubs after allowing two runners in the ninth, mistakes caught the Phils on their 3-7 road trip. The rest of June is critical to the Phillies’ chances to play meaningful games late in the season. They face a lot of good, winning teams this month. It’s essential the defense improves, beyond shifting, and the manager makes effective decisions. His first should be naming Dominguez the full time closer. Choosing one by committee, especially with a talent like Dominguez, rarely works.

• The Washington Capitals won their first Stanley Cup since entering the NHL in 1974. Caps radio announcer John Walton said D.C. fans have been waiting to hear their team is the champ since that year.

Flyers fans haven’t heard that statement about the Orange and Black since 1975.