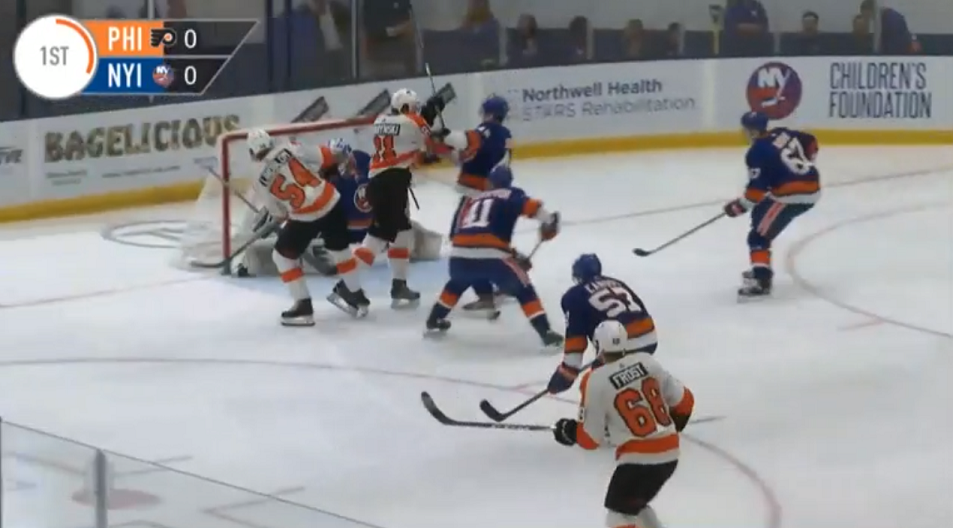 Wednesday night, the Flyers rookies faced off against the Islanders rookies in their annual game.

The Flyers’ roster was headlined by young studs such as Oskar Lindblom, Carter Hart, Morgan Frost, Isaac Ratcliffe, Mikhail Vorobyev and some other notable prospects.

The annual rookie game is an exciting time for Flyers fans, especially this year, because we got to see Hart play for two of the three periods. As great as it would have been for Hart to post a shutout, rookie games are not known for their defense, but rather the amount of goals scored by young offensive-minded players, resulting in the final score of 6-3… good guys.

Even though Hart let up three goals in the first period, he played a solid game and settled in for the second period to keep the Islanders in check before being relieved in the third. Hart was bested on two goals directly from the slot and one deflection. Overall, he was peppered for the 40 minutes he was in the crease, but stood his own and allowed his team to stay in the game and start the eventual comeback.

The star of the game was Lindblom who had a hat trick and two assists. Lindblom, who played 23 games for a stat line of two goals and four assists with the Flyers last year, was head and shoulders above everyone else on the ice. It’s great to see the development of a former fifth round pick into someone who will fit nicely on the roster for the big club this year.

The highly touted Morgan Frost, who scored 112 points for his junior team last year, also joined in on the offense, scoring a power play goal and assisting on two more goals to help the Flyers to their “first victory” of the year.

While the rookie game is something of a treat for fans, it only shows players against the age group. With the preseason starting Sunday, expect some of these young guys to make the most of their chance to make the roster this year.