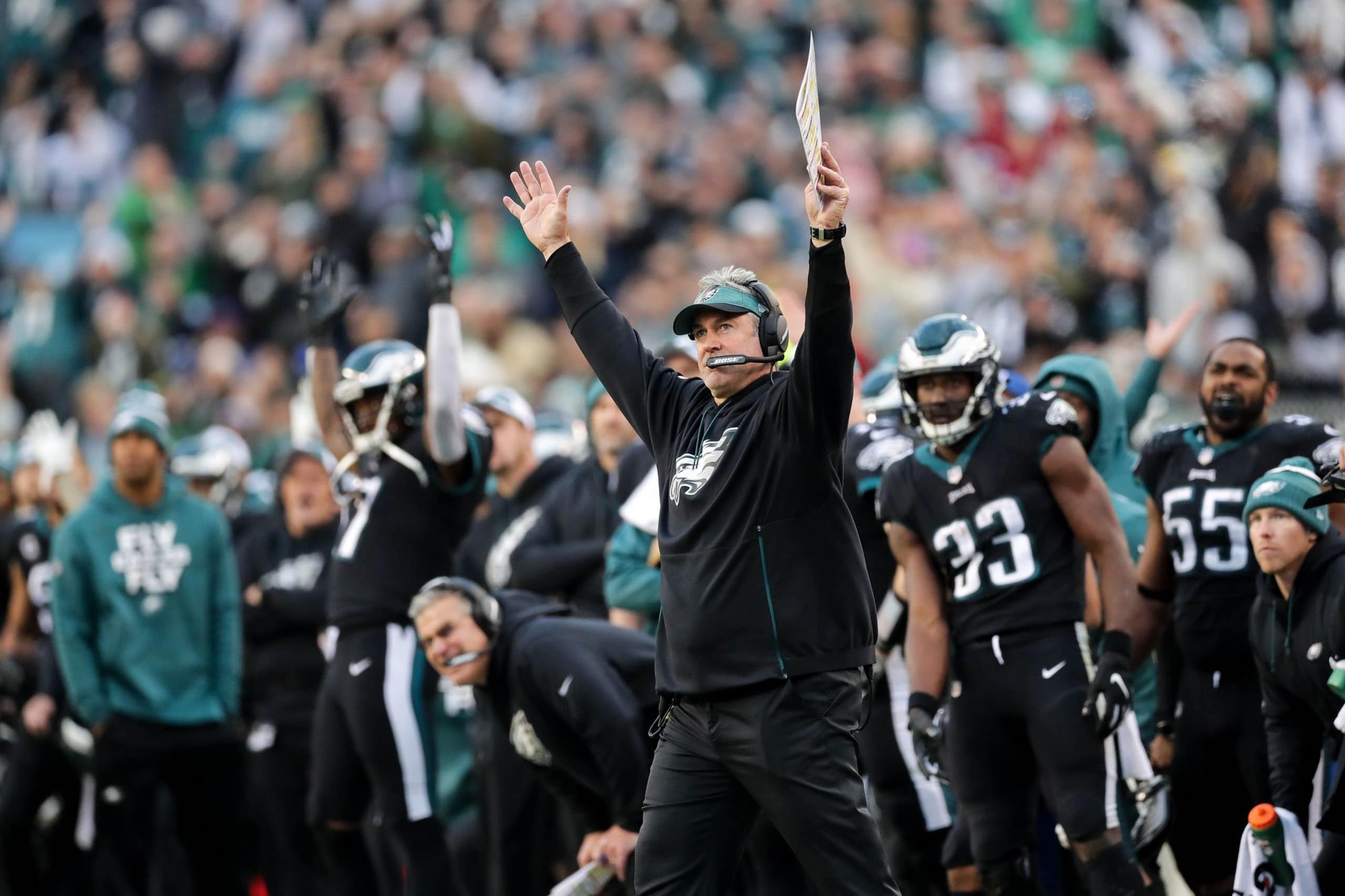 They dug themselves into a giant hole, but rallied furiously and the 2018 Philadelphia Eagles season is still alive.

The victory moves the Eagles to within a game of the Dallas Cowboys and Washington Redskins in the NFC East with the Birds hosting the Skins next Monday night. Philly can move into a tie for first next Monday with a win and Cowboys loss to the New Orleans Saints on Thursday night.

There was an added emphasis of getting Josh Adams more involved as he helped the spark the Eagles from their 19-3 first half disadvantage. Adams carried the ball nine times for 60 yards on two key possessions for Philadelphia in the second half, which turned a 19-11 deficit into a a 22-19 Eagles lead early in the fourth.

Josh Adams and the OL taking this game over on the ground, 9 carries for 60 yards over the last 2 drives for Adams pic.twitter.com/g2uFmNmIzy

After New York drove in for the game-tying field goal with 5:49 to go, the Eagles embarked on a 10-play, 57-yard field goal march of their own to win it. Alshon Jeffery picked up 21 yards on a reception, Nelson Agholor converted a 4th-and-1 with a 12-yard reception and Elliott split the sticks after doing it to the Giants from 61 yards a year ago in Week 3.

Pederson commented on being able to control and possess the ball for that period of time late in the game.

“In that situation we would love to finish with points, and obviously no time on the clock is kind of the thought process there. I thought on the sideline [there was] great communication. Players offensively executed; offensive line, great job today, and just making plays in that drive to get us down to that kick.”

Adams gained 84 yards on 22 totes and the Eagles ran more (29) than they threw it (28) on Sunday after running the ball just 38 percent of the time coming into the contest.

“I just think that sometimes you get into the game — the offensive line has really — they have really played well really the entire season. That’s been one of the consistent, bright spots on offense, and I just knew going into this game that we were going to have to kind of control the ball a little bit. I just wanted to help out some of those young guys on defense, quite frankly. Our guys really rose to the occasion. They wanted the ball in the second half. They were coming to me [saying], “Keep running, keep running, keep running.” They wanted it on their backs. So they did a really nice job. And it helps your quarterback, too, being able to throw the ball down the field when we could.”

An Eagles defense without Jalen Mills, Ronald Darby, Avonte Maddox and Sidney Jones in their secondary surrendered just 56 yards to the Giants over the final 30 minutes. Michael Bennett and the defensive line pressured Eli Manning a lot more in the second half.

Chris Long with the sack, Michael Bennett in backfield again as well pic.twitter.com/rmcAJDZm9W

Bennett was doing it in run defense too.

Michael Bennett lines up at DT, swim move to get into the backfield and Gallman loses 3 pic.twitter.com/EgJjDJKDP3

“Our defensive line really rose to the occasion in the second half. Got pressure on the quarterback; forced a couple quick throws, quicker throws. Just a lot of credit. They hung tough; they battled. Nothing is easy; nothing is pretty. You just have to fight and scratch and get the job done. They did that today. Proud of those guys.”

Malcolm Jenkins had a key interception in the waning moments of the first half as the Giants were in the red zone looking to add to a 19-11 margin.

This Malcolm Jenkins interception in the waning moments of the first half wound up being huge pic.twitter.com/Nq4aH6yBm3

“Malcolm is a great leader. One of the things that I’ve talked to our leaders on the football team and just challenged them [is] just we have to find a way to make plays in big situations. I think you saw it from time to time today, and that was one of them. That really sparked the defense going into the second half, and then obviously the offense.”

New York scored points on each of its first four series, with Saquon Barkley gaining 97 yards on the ground in the first half, but Barkley touched the ball just four times in the second half. His 51-yard TD run gave the Giants their 19-3 cushion at the 4:06 mark of the second.

Carson Wentz finished 20-of-28 for 236 yards and a touchdown, while Zach Ertz caught seven passes for 91 yards and this score from Wentz, which made it 19-11 following a two-point conversion.

Ertz with the TD and block on the 2-point conversion pic.twitter.com/pl1T0PR44L

As for the bad, the Eagles didn’t score in the opening quarter for the ninth time this season. Wentz commented about the slow start.

“I thought we came out and we actually were moving the ball ok, then we had the penalty on the first drive. And then the second drive, we had a penalty, too. [With] both of those, the execution just needs to be better. We kind of made some mistakes early in that area. We knew what we were capable of, we knew we could move the ball, but we started slow and we have to be better with that.”

Golden Tate caught four passes for 30 yards as Mike Groh continues to have his struggles integrating him.

This is how the Eagles integrated Golden Tate into the offense, terribly designed. Carson should've thrown this ball into the stands. pic.twitter.com/FMchVWigPn

So will a win like this within the division provide the spark the Eagles need to go on a run? Pederson believes it boosts the confidence.

“It boosts the confidence. The guys are excited. It’s been a couple weeks since we’ve felt this type of emotion, so they’re jazzed. It’s a great win against obviously a hot, really good opponent that is real dangerous on offense. For our defense to hang in there in the second half and do the things they did, get them off the field, and then offensively get ourselves in a position to win the game is just a great boost for the entire team.”

The Eagles haven’t won two games in a row all season, we’ll see if that changes next Sunday night.