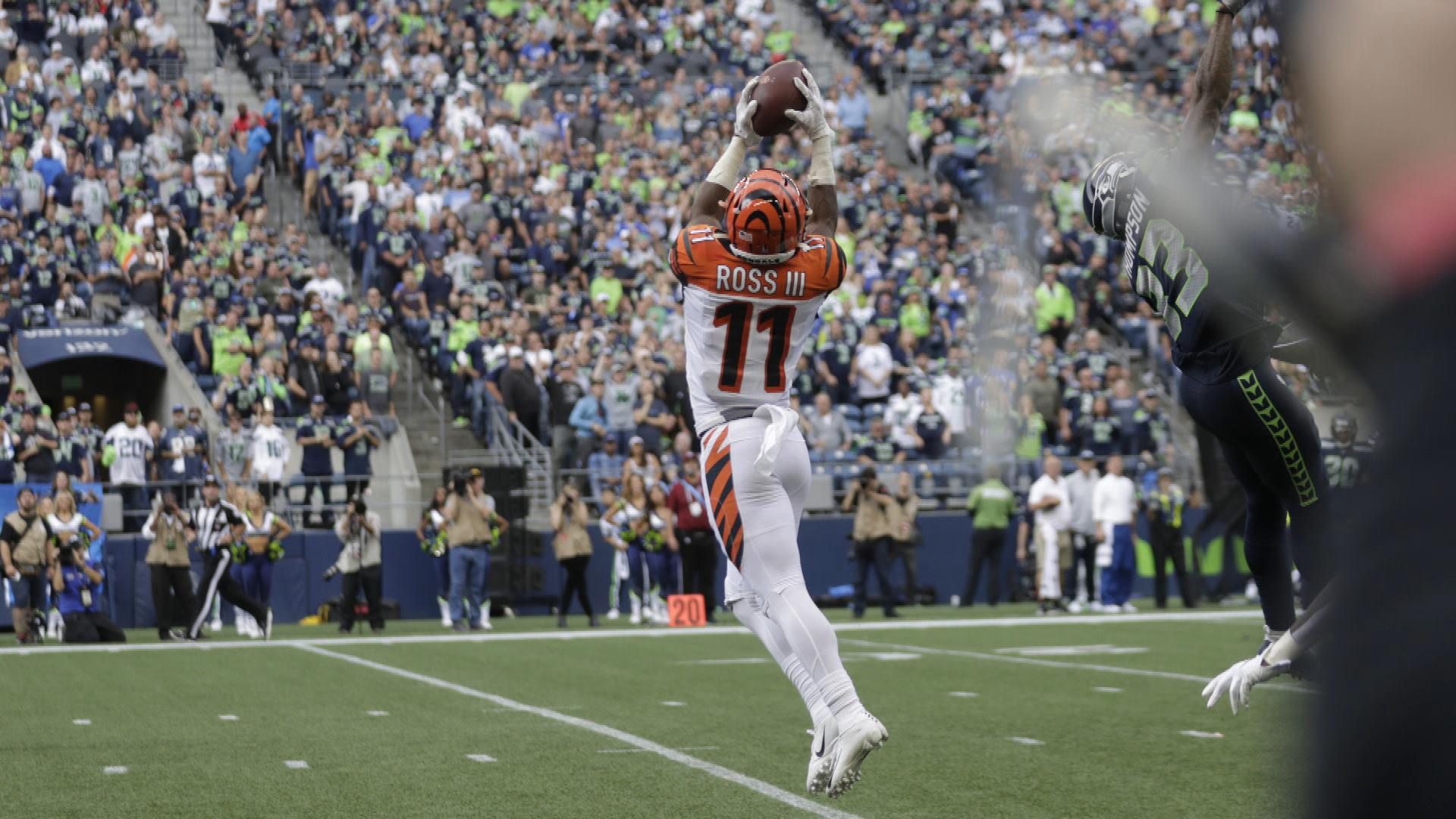 Do I drop/add or do I stand pat? This is the question of many fantasy football owners right now as they analyze their lineups. Which guys underperformed based on their matchup and which ones decided not to show up? Fantasy is a chess match with a series of strategic moves. However, the slogan risk and reward plays on repeat every week and is the only tune that can help you go platinum.

Week 1 is in the books and everyone is looking to improve. Whether or not you won or lost shouldn’t stop you from adding pieces to your squad. It’s a very long year and now is the time to make a mark on the season. Each week I will profile some prime time performers that may be available on your waiver wire looking to get scooped up. Here are a few to keep your eye on …

The comparisons to John Brown are nauseating, but they do have some merit. I know Ross has been a fixture on the waiver wire for a few years and has come up empty, but this year seems different. We all know he is a burner, but with A.J. Green out and Tyler Boyd showing a strong rapport with Andy last year, no one knew what to expect in week 1. He saw 12 targets and used them to produce 2 TDs with 150+ yards. You can’t do like the Classic band “Chicago” and just look away.

Want a video all of John Ross’s targets from yesterday’s breakout performance? pic.twitter.com/YRmwxZI0fV

Hollywood Brown was labeled as some the best wide receiver in the draft. Even though he only played 14 snaps, he made everything out of his opportunity. All he was missing was a pair of Gazelles, a Mink, and solid gold rope chain to play the real part of Hollywood. Either way, with the way the Ravens are structured, Brown will continue to get opportunities to win an Oscar.

Sam Darnold is a young QB who will rely on a safety valve more often than not. Number 1 on his list will be Le’Veon Bell and coming in as a strong second looks to be Jamison Crowder. He always had some hype as a decent possession receiver during his Washington days, but he was never able to build on that label. It’s hard to fault a guy who played in Washington, so I’m going to give him the benefit of the doubt. One thing is for sure, if you grab 17 targets and play on a team that may be playing from behind a lot, I am picking you up!

Darnold starts 4-for-5 with 68 yards and this TD to Jamison Crowder! #NYJvsNYG

Even before the Antonio Brown debacle, Darren Waller was turning heads in camp. Jared Cook had 101 targets last year as Derek Carr’s top option and in week 1 he has already established a constant target in his tight end. In a year where the Raiders will be throwing the ball often, Waller needs to be on your roster today!

And let’s not forget about this catch by Darren Waller. 👀 #DENvsOAK pic.twitter.com/X9DpAEmBDi

These are just a few guys that are available to help your team in the coming weeks. Don’t forget to check out my DFS “Diamond in the Rough” pick every  Monday night courtesy of Bernie Robbins Jewelers.

As always you can stop by my Facebook page (FantasySportsAddiction) or tweet me (@TCutillo23) for questions or some nice fantasy/real sports debates. E-mail me at [email protected]. You can listen to The Heat Ratio Sports (@heatratiosports) podcast every Wednesday at 12 P.M. on Wildfire Radio, and subscribe on Apple Podcasts here.

I can also be heard weekly via the internet stream live at WengRadio every Monday at 4:00 pm EST for a weekend sports wrap. But most importantly, you can catch me here at Pi!