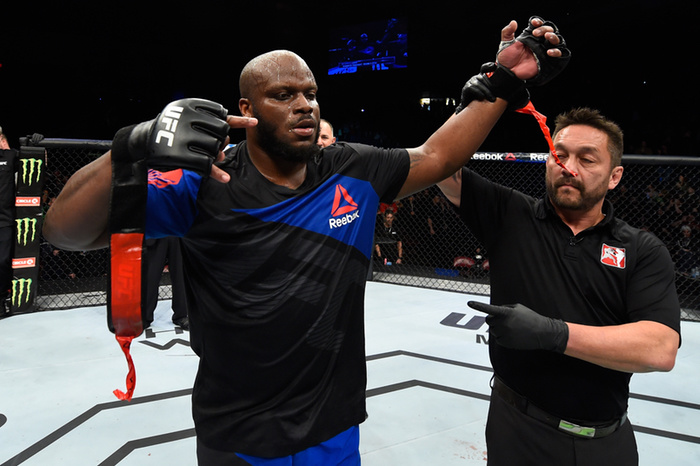 Death, taxes and Dana White consistently booking weekly fights – the only guarantees in life. Seriously. The UFC has put on weekly fights since May 9. Can you believe it?

True story, editor Nick Piccone texted me this past week and compared the promotion to WWE with all the events going on within a short span. I didn’t realize it at first, but then it hit me – he was right. Kudos to the UFC to make it happen safely.

Anyway, let’s get to it.

This is my thing now.

Second: Julija Stoliarenko by submission is +700 – I’d take the longshot odds as four of her past five wins prior to entering the UFC have been by armbar.

Two young middleweights looking to get their careers off the ground square off.

Stewart, in his second stint with the UFC is 4-4-1 with knockout wins over Eric Spicely and Charles Byrd.

Pitolo, on the other hand, is 1-1 also holding a knockout victory over Charles Byrd this past June.

And that’s about it. There’s not a lot of backstory to the two fighters, just two guys trying to find their way in the middleweight division.

I give the nod to Pitolo – he’s been through the rigmarole of training and preparing to fight in the COVID world while Stewart has not. Oddsmakers appear to think the fight will end early as the fight to not go the distance sits at -177, Pitolo by KO, TKO, Submission or DQ is +300 and Stewart by the same is +150.

It took to the co-main event but we got some name recognition!

Chris Weidman, aka Captain America, is back at middleweight after a brief stint at light heavyweight – a knockout loss to Dominick Reyes. Prior to that he was 1-4 in his last five fights at middleweight.

Betting underdog Akhmedov is 5-0-1 in his last six. He’s the eleventh ranked middleweight and will be a tough test for Weidman.

This one’s tough for me – as a noted Weidman guy I want to say he’ll win this fight but he hasn’t looked like the world beater version of himself, save for his submission win over Kelvin Gastelum in 2017, since losing his belt to Luke Rockhold almost five years ago.

There’s a lot to think about in this one – take for example:

Though there’s no reason to think he can – I’m picking Weidman to win this fight. No one thought he could beat Anderson Silva and he found a way to do so. Twice. I think he finds his way back to the win column for the first time in over three years. I hate that he’s the betting favorite on the moneyline so I’ll take him by decision at +180.

Black Beast vs. The Boa Constrictor. Not the sexiest fight the UFC has put on but it’ll be a fun one.

Lewis has one two decisions since back-to-back stoppage losses. He’s fought the “Who’s Who” of the UFC’s heavyweight division and has impressive victories over Francis Ngannou, Alexander Volkov and Ilir Latifi.

Oleinik is no slouch either – quietly riding a two-fight win streak over Fabricio Werdum and Maurice Green.

Both guys sit in the top 10 of the heavyweight division – #4 and #10 respectively, meaning a lot rides on the outcome of this fight. A win for either fighter likely puts them in a title eliminator fight next time out, the other fighter will be a ways away.

I like Lewis in this fight – he has youth and power on his side. Oleinik, who just turned 43, can fight a smart fight, sure, but when faced with young powerful fighters he seems to fall short. See his knockout losses to Curtis Blaydes, Alistair Overeem and Walt Harris. I think Lewis finds a way to end the fight early at -152.

How do you bet against this dude?